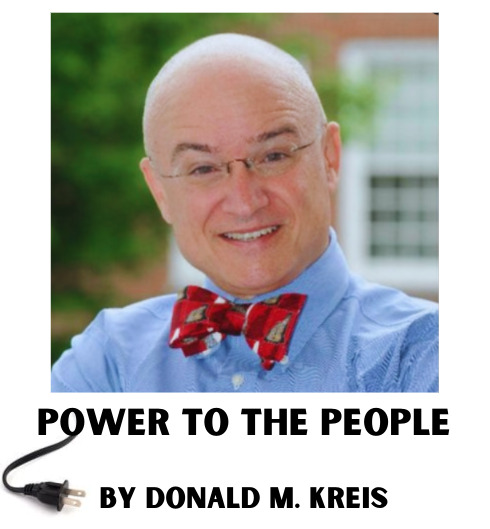 Readers of this column are an astute and empowered lot.  It turns out that many of you took me seriously when I promised, in the last installment, that I would have some suggestions for what New Hampshire ratepayers could do in the face of looming increases to their electric bills.

And, just to recap, those increases are significant.

Unitil just got permission to hike its default energy service rate – what the company charges for energy for residential customers not buying their electricity from a third-party, non-utility supplier – from slightly below 7.1 cents per kilowatt-hour to 17.5 cents on December 1.

Although these are not the only charges on customer bills, a typical Unitil electric customer will see a total increase of about 60 percent.  Expect increases of that magnitude in the default service rates of Eversource and Liberty when they make similar filings with the Public Utilities Commission (PUC) for effect on February 1.

There is no convenient and easy way to avoid or even to blunt the effect of these increases.  But I have a few ideas.

My first one – and please forgive me for seeming glib – would be to move into the service territory of the New Hampshire Electric Cooperative.  Because it is owned by its customers rather than profit-maximizing shareholders, the Co-op is almost entirely out from under PUC oversight.  My office, representing the state’s residential utility customers, likewise has few if any reasons to scrutinize what the Co-op does.

But I get their press releases and I fell right out of my chair when I learned that as of November 1 the price of “Co-op Power” – their version of default energy service – will be 9.8 cents per kilowatt-hour.  That will still mean an overall increase of about 17 percent for a typical Co-op member, but, good grief, does that ever compare favorably for what Unitil is about to charge for energy!

“We actively manage our portfolio,” explained Michael Licata, the Co-op’s Vice President of Member Services and Public Affairs, as I climbed back into my chair.  He also mentioned the “risk premium” that is built into the default energy service prices of Eversource, Liberty, and Unitil, our state’s three electric IOUs (investor-owned utilities).

The IOUs do not actively manage the power portfolios used to provide their default energy service.  They simply seek competitive bids, twice a year, from wholesale power suppliers that agree to charge the IOU a predetermined price during each month of the contract.  The prices get locked in over the six months even as wholesale market prices fluctuate – and, as my friend from the Co-op suggested, the suppliers thereby take on considerable market risk that nudges their bids to the IOUs upward.

My other friend – Samuel Golding, president of Community Choice Partners – made the same point Michael Licata did, upon reading my column about Unitil’s new default energy service rate.  Golding is a consultant to the Community Power Coalition of New Hampshire (CPCNH), which officially launched itself on October 1.

With the municipalities of Dover, Enfield, Exeter, Hanover, Harrisville, Lebanon, Nashua, Newmarket, Plainfield, Rye, Walpole, Warner (along with Cheshire County), as its initial members, the CPCNH plans to combine the buying power of energy users in those municipalities via community power aggregation.  Basically, as authorized by statute, the CPCNH would replace the local utility’s default energy service as the electricity you get if you don’t migrate to a non-utility supplier or otherwise opt out of the community power.

According to Golding, a “diversified supply portfolio” created for the CPCNH communities “would have avoided rate-shocking customers.”  How?

“No portfolio manager would be dumb enough to go naked into the winter at the best of times, and would instead be expected to track all the fundamentals 24/7, perform all sorts of probabilistic forecasting, see all this coming over the horizon way before the headlines get written up, inform the Coalition’s Risk Committee on a regular basis, and lock in positions when it made sense in order to meet margin targets on a risk-adjusted basis,” Golding wrote in response to my column.  And, he added, it would all be “in accordance with the Coalition’s Enterprise Risk Management policy, which will be written up with a lot of input from competitive talent and thereafter modified in response to changing market fundamentals in a nimble fashion.”

If you can’t move to the Co-op territory, or get your community to be part of the CPCNH, you can always spurn your utility’s default energy service in favor of energy provided by a so-called “competitive supplier.”  The information you’d need is on the PUC’s web site.

But, beware.  These are unregulated prices, not reviewed by our office and certainly not approved by the PUC.  Competitive suppliers have a habit of luring new customers in with ‘teaser’ rates, hoping customers won’t notice when those rates are later replaced by much higher prices.  Data gathered in Massachusetts suggests that such ‘migrating’ customers tend to do worse – i.e., end up paying more – than their neighbors who stuck with the utility’s default energy service.

In other words, there is no guarantee that you will save money by spurning default energy service for a non-utility supplier.  If you go that route, always read your monthly bill and everything you receive from your energy supplier very carefully.

Of course the best way to save money on megawatts is by purchasing “negawatts” – energy efficiency – instead.  All Eversource, Liberty, and Unitil customers – and all members of the New Hampshire Electric Cooperative – have the right to take advantage of the NHSaves energy efficiency programs, are funded by all ratepayers.

Alas, depending on which utility or utilities you use, you may or may not be able to participate in the NHSaves programs of interest.  That’s because PUC ‘s order on the proposed 2021-2023 energy efficiency plan is now more than nine months overdue, and counting.  Other major PUC proceedings in which orders are long overdue include grid modernization, and plans for a statewide energy customer data platform.

What if you just plain can’t afford your electric bill?

Approval of the proposed budget for this winter’s Electric Assistance Program (EAP) – ratepayer-funded help for people in an affordability crisis – has in previous years been a routine matter.  Not this year!

Although each electric utility submitted its EAP budget over the summer, the EAP Advisory Board unanimously approved those budgets in August, and the newly created state Department of Energy endorsed the budgets on September 29, the PUC announced on September 30 that it “must develop a more complete record” before deciding.  There will apparently be a hearing for that purpose, but it has not been scheduled.

Given that the new program year began on October 1, at least the PUC allowed the utilities to implement the EAP program on an interim basis for October and November.  So, if you feel you cannot afford your monthly electric bill, contact your local Community Action Agency for more information.

Those are my best ideas.  But, make no mistake: It is shaping up to be a long and expensive winter for New Hampshire’s residential electric customers.