New Hampshire’s largest teachers’ union says schools should not reopen until the state agrees to reimburse districts for PPE and reopening costs, and districts can ensure there’s a nurse on staff and good air quality in every school building.

The NEA-NH released their “Principles for Reopening” on Wednesday, a week after Governor Sununu issued state guidelines for school reopening that leave most major decisions up to school districts.

The document calls for stricter safeguards than are mandated by the new state guidelines and recommends remote instruction “as a temporary response that protects the health and safety of our students, members and their families.”

Across the state, school districts are hammering out their reopening plans in a flurry of meetings, parent and teacher surveys, and negotiations with teachers’ unions.

Among the many issues discussed between unions and school boards is how to accommodate teachers who don’t want to return to buildings because of health concerns for themselves or a family member.

While some teachers qualify for protection under the American with Disabilities Act, Family and Medical Leave Act and federal legislation related to COVID-19, others have limited options to stay remote if they don’t approve of their school’s reopening plans.

“I think you should have to go back if – and that’s a big if – the district is putting the safety measures in place that are appropriate to keep everyone’s risk low. And right now, I don’t believe that my district has implemented a plan that would,” says Jennifer Given, a high school social studies teacher who serves as president of the Hollis teachers’ union.

Andrew Corey, the Superintendent of Hollis Brookline, is proposing that masks be mandated for students grades 4-12, but says class size limits are unnecessary because the district already has small class sizes, which will get even smaller because of the number of students opting to stay remote.

Given says those restrictions don’t cut it.

“People want to prioritize getting people ‘back to work’ above the health and safety of their children and the people who educate them. I find that calculus to be just horrendous,” she says.

Dr. Carl Ladd, executive director of the New Hampshire School Administrators’ Association, says the pandemic is putting superintendents in a “no-win” situation with parents and teachers.

Some districts are further along in finalizing their plans and negotiating with their teachers’ unions.

In Salem, the majority of teachers say they will return, in part because the reopening plan requires masks, Plexiglass barriers between desks, and social distancing between three to six feet.

Qualifying teachers and students can request to remain remote this year.

Jim Slobig, the president of the Salem teachers’ union, says the district is striking a good balance, but the union still has a long list of questions. 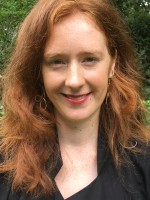