There has been much discussion as of late on the development of Artificial Intelligence (AI) and how it will impact our world. When one hears or reads about AI, they usually envision science fiction movies as well as the anticipation of the technology first being used to create humanlike robots – or at least mechanical “beings” that can think and reason like humans.

The thought of mechanical beings that think for themselves and can make decisions makes many nervous, especially because we really do not know what to expect. Of course, Hollywood has given us a fair share of AI movies, some of which have contributed to my personal uneasiness about the technology. I think my uneasiness is mostly due to my limited understanding of AI as well as being a person that looks at all possibilities and can imagine all that could go wrong. I sometimes get nervous over things that are beyond my understanding, which is the same for most of us.

Movies like Blade Runner, The Matrix, A.I., and most recently, Ex Machina have brought the world of humanlike, (or machines in the case of the Matrix), Artificial Intelligence to the big screen – and in the process has scared many people. But not all AI is focused on duplicating humans. In fact, it seems that the current major developments in Artificial Intelligence are not related to creating human-like beings at all. I will share two examples of non-human-like AI developments.

I am not a big fan of the seemingly endless array of warnings and driver assists that are available on today’s automobile because my opinion is that we become too dependent on them. Case in point: I check my tires less often now because our car is equipped with a warning light that tells the driver when the air pressure is too low. I have probably gone six months without checking tire pressure when it used to be done at least once per month in the summer, (more frequently in winter), and before long trips. (I have actually had to set a reminder for myself to get back into the habit of regularly checking tire pressure). I do think some of these assists are cool, such as self-parking, (helpful in places like Boston and Providence), but still believe that we should be able to perform driving maneuvers like this on our own. Although not a fan of much of this technology, I do acknowledge, however, that some people need it, such as those limited by disability or injury.

There are some helpful products that are being developed that will allow certain parts of the driving experience to be enhanced by AI. One such product is produced by an Amsterdam-based company called  Mobileye.  They have created and manufacture a Collision Avoidance System that can be attached to the windshield of a vehicle that provides a warning when an object such as a vehicle is getting too close, when your vehicle veers out of your lane in an unsafe manner, or when pedestrians cross your driving path. This can be very helpful and can help an operator avoid collisions and possibly save lives because drivers – even the best of them – become distracted at some point, which causes preventable accidents, injuries and death.

According to the Centers for Disease Control and Prevention (CDC), more than 9 people are killed and more than 1,150 people are injured due to crashes that involve a distracted driver on a daily bases in the U.S. This means that over 3,200 lives can be saved and almost 420,000 injuries prevented each year in the U.S. with the AI technology used by Mobileye. 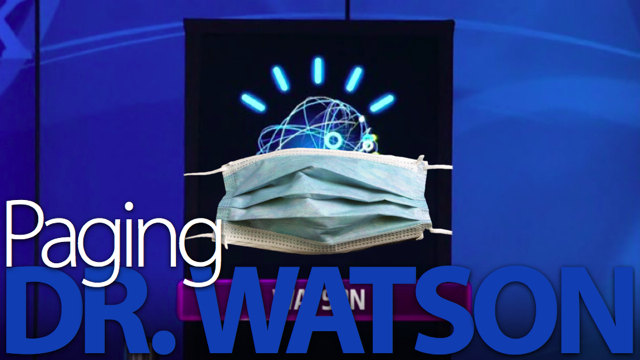 Although I really like the products sold by Mobileye, and believe that the AI technology used by them will save lives, I still believe that we have too many warnings in our vehicles – and in some cases they do too much for us. (For the record though, I am still on the fence about self-driving cars).

Another breakthrough that has been created because of AI is the IBM computer called Watson, (named for the company’s founder, Thomas J. Watson). You may have heard of Watson, for it is the computer that won Jeopardy back in February 2011. IBM wanted to use Watson in business – they wanted their technology to make an impact – so decided to focus on a field in which it could have a notable social impact while also proving its ability to master a complex body of knowledge. IBM decided to use Watson and it’s intelligence in the world of medicine.

One of Watson’s many abilities is that it can it can read all of the world’s medical journals in less time than it takes a physician to drink a cup of coffee. Watson can review patient histories, keep informed of the latest drug trials, stay updated on the effectiveness of new therapies, and look closely at state-of-the-art guidelines – all at the same time. Watson never goes on vacation and never forgets a fact. Not only does Watson not forget, but it keeps learning. Watson gathers and reviews all the information, including test results, and provides the physician with several treatment options for the patient. These options are based on more information than what could be absorbed by the human brain – and in far less time. One thing that many diseases do not offer is time, so having a system like Watson can eliminate possible life-threatening treatment delays. Also, as many of us know, insurance companies do not pay for what they consider to be “unnecessary procedures,” Watson’s expert opinion essentially guarantees the necessity.

Of course, we need to stay informed while further developing AI so that we can understand its great possibilities and its limitations as well as how the technology will affect society. Although we can embrace AI because it can enhance our lives, like with anything else – especially in the fast-moving world of technology – we just need to be sure we understand its potential, both good and bad.

Forward Focus explores how entrepreneurship, innovation and ideas are changing the way we see and do things and how they can move us and our communities forward.
The author, Brian Chicoine, is a New Hampshire native who merges his passion for entrepreneurship and innovation with his love of new and bold ideas to bring the reader a fresh perspective on the way things are done. Brian writes from the perspective that nothing is impossible and loves to ask “why not” and “what box?”
Brian was born in Nashua and was raised in Raymond and Manchester. A couple years after graduating from West High School, Brian attended college in Manchester. Brian loves the ocean and wanted to experience life in a Southern New England city so moved to Providence to complete his undergraduate degree. After graduation, Brian and his new wife Jackie lived in Manchester for about five years and had two sons. Brian and his family then returned to Jackie’s home state of Rhode Island.
Brian and Jackie live in Providence where they are raising their two “no box thinkers and doers” and are building a multi-venture company.