Below is a round-up of press releases for recent police activity provided by Manchester Police Department.

You can always check out the daily arrest logs, along with the weekly logs, and most-wanted list by clicking here – or by clicking the MPD Daily Arrest Logs button at the top of our homepage. 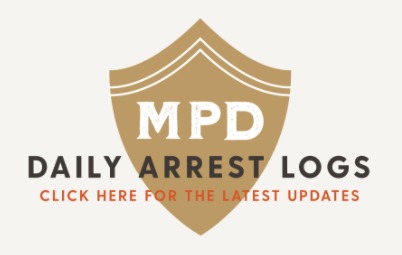 At approximately 8:50 p.m., Manchester Police responded to the area of 389 Whittington Road for two people arguing in the road. It was reported that one person had a gun, the other a knife. Police learned that one of the men had heard the other arguing with a woman. He called out to the couple, asking them to keep the noise down. At that point, the male party, identified as Michael Rivera-Fermaint, 30, started walking toward the other man with a gun in his hand. Fearing for his safety, the other man took out a knife. The two argued, but it never turned into a physical altercation. The two eventually separated.

Rivera-Fermaint was arrested and charged with Criminal Threatening. He was released on PR bail. His Superior Court date has not been scheduled yet.

At approximately 8:50 p.m, Manchester Police responded to Lake Avenue for a report of someone threatening a repo man with a gun. Police spoke to a tow truck operator who said he had a repossession order for a truck. He reported that when he pulled up to the vehicle to tow it, a man came outside and started yelling at him. The victim said the man, identified as Steven Allison. 57, drew a firearm from a holster and pointed it at him. The victim then called 911. Allison then went to the passenger side window and started yelling at his partner. At this point the victim reported the gun was still unholstered, but by Allison’s side.

Allison was arrested and charged with two counts of criminal threatening. He was released on PR bail and a Hillsborough Superior Court – North court date is to be determined.

At approximately 2:40 a.m., Manchester Police responded to the area of Maple and Merrimack streets for a report of gunshots. The caller told police he heard two “pops” outside his window. Police checked the area and found two shell casings, however there were no reports of injuries.

At approximately 3:30 a..m Manchester Police responded to Arlington Street for a report of an armed robbery. The female caller reported that she had been robbed at knifepoint while sitting in her car. The victim said she had her driver’s side door open and was collecting her belongings when a black male approached her, displayed a knife, and then stole her wallet.

He then took off.

The victim said she did not know the suspect. She described him as black, about 5-foot-10-inches tall, 140-150 pounds with dreadlocks. He was wearing jeans and a black hoodie with a bright green design on the front.