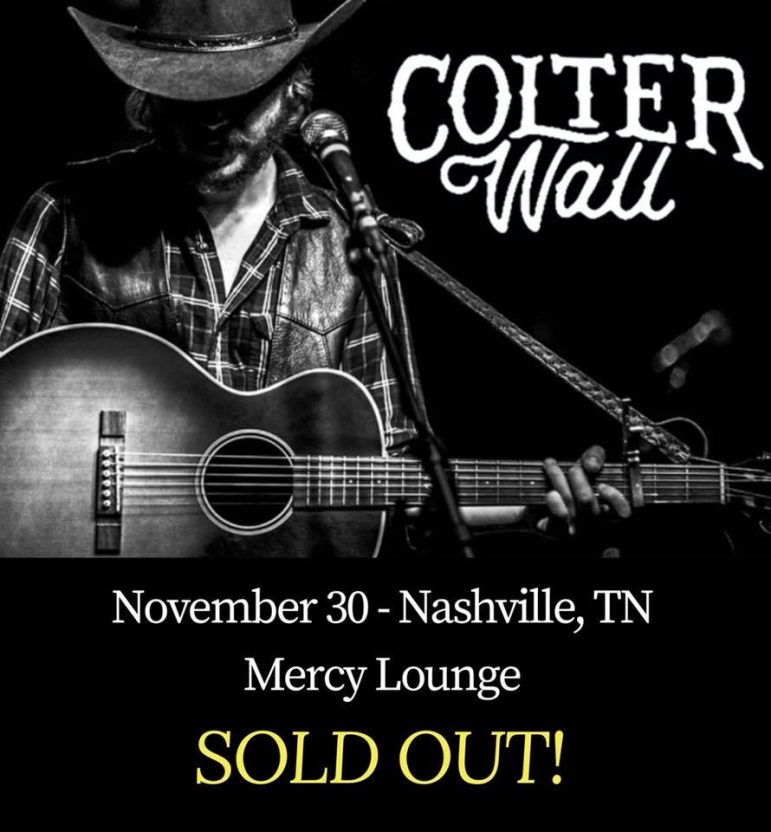 I’ll attempt to sift through the mud which is my brain on this sunny and cold Monday morning. After a long weekend spent rollicking through the honky-tonks in one of the greatest cities on earth –  Nashville, Tennessee –  I could use some downtime to reflect.

But, man. That place does it right!
A spangled cluster of creativity, Nashville is capable of soaking every inch of your best Western floral print shirt with the swinging sounds of traditional Bakersfield music played live, played fast, played hard.
I could cruise the main thoroughfare called Broadway for days, I swear, eating fried bologna sandwiches and drinking the worst kinds of beer the south has to offer (original Coors, vile stuff), as I shimmy my hips from one barstool to the next in search of any rendition of a George Jones song.
The trip down south was motivated by a fierce devotion to my good buddy, “Ohio,” who I met here in the Granite State years back when he was hawking blood pressure monitors before taking a job and starting a family in “Smashville.”
But I was also going to Nashville to feed my own needs, no lie.  I was on a mission to witness the brilliance of my latest obsession: a country music singer/songwriter named Colter Wall.
Wall is from Canada, and his leathery, cigarette-infused voice sounds like he’s been swinging a hammer from his “hips on down” next to John Henry for years. The thing is, though, Mr. Walls is all but 22 years old, and word of his talent as a wordsmith are beginning to spread quickly across the country.
A couple months back, after being introduced to Wall’s music by Mr. Ohio, I was ready to see the young Canadian perform at the Atwood Tavern in Cambridge, after listening to him non-stop for a good week.
Wall has a new self-titled CD out that I highly recommend for anyone into sparse perfection.
But, I failed to take to Wall quick enough because his two shows at the Atwood sold out in a split second.  So, I figured, “No worries.  I’ll just catch him in Portsmouth when he plays the Music Hall a few days later.”  Wrong again, meatball.  Sold out there too.
Stiff-armed, but still resilient in my quest, I then tried to backdoor my way into the show by contacting Colter’s management company. Eager to meet Wall, I tried in vain to line up a quick interview with the young man who wrote the soon to be classic, “Kate McCannon.”
Nope, I got Gronked again, face planted.  My greasy last name held no weight with these barons of the music industry.  “Maybe next time, lightweight.” they seemed to be saying. But next time has never been good enough for me, so I would have to take a more aggressive approach to seeing Wall perform live.
I have this routine where I put $25 of every paycheck into my savings account, and then when I hit $1,000, it’s time to hit the road, do something, go anywhere but where I’m at.  My traveling till was running high, just about at maximum level, so I figured, maybe I give Ohio a call, see what he had to offer in the form of a resolution to my dilemma.
And of course, he had answers.
“Colter’s playing the Mercy Lounge downtown in a couple weeks,” Ohio said when I called, already planning on going to the show.  “Want me to grab you a ticket?”
Well, that was that.  Fate had interceded on behalf of bad luck, and after a few clicks here, few clicks there, and a quick call to my traveling comrade, Johnny Boy, off we were, scoring two round trip tickets to Nashville for just over $400.
We hit the town with a flurry of energy before noon last Thursday, slip sliding our way down Broadway till dusk.  We made a pact to take a power nap at the hotel before the show, shake off some of the lethargy travel provides.
“Ohio can wake us up when he gets here.”
Then, before you knew it, we were Mercy bound and ready to climb the Wall.  The venue was perfect and packed, not big, not small, just right.  Stand, sit, do whatever, “just don’t get tossed.” That’s what I told myself.  Nashville, like New Orleans, will sneak up on you, catch you when you’re not looking.
We were all on our A-game throughout Wall’s solo performance, which, when I closed my eyes, sounded exactly like he did on CD.  He sang “Kate McCannon” and I nearly wept. Wise beyond his years, lean and unshaven, wearing a flannel shirt, black cowboy hat and black leather vest, Colter Wall was worth the rejection, the frustration and every inch of mud tracking throughout my system.
Two days later, we flew home, wall eyed and weary.  But deeply cleansed.