“I have a project,” Gabby announced. She padded over to Asia, the immortal tabby, and dropped a package of wildflower seeds on his desk.

Asia blinked at her, not wanting to admit he’d been startled awake and was finding it hard to leave an intriguing dream. He’d had the same dream a few times before. It was about leaping from a giant 150-year-old European beech into a beach hammock, and always ended well.

“We need to plant food for the bees and the birds,” Gabby said. “Nickle likes to watch the bumblebees. Twila likes the wrens, the chickadees and the cardinals. We need a wildflower garden for the butterflies and the pollinators, plus a couple of elderberry bushes to attract the birds. Here’s my list.”

Asia twirled his whiskers. He had his doubts about encouraging Gabby, especially about anything to do with bees.

The Peke-a-Poo diva had fallen into a bad habit of hiding in the grass and snagging a yellow jacket between her teeth. Then she would dangle it over her tongue until she felt the tiniest tickle from its hairy little legs. Then she’d spit it out. She had never been stung, but there could always be a first time.

The hooman had warned her about yellow jackets and other bee stings. They can be deadly, if a little dog’s allergic. But Gabby couldn’t stay away from the bees, and now Nickle also seemed hooked. Asia decided to use psychology.

“The new cat needs a project,” he said. “Let Nickle take care of it.”

“She’s an indoor cat,” Gabby shrugged. “I already have the seeds. You can go to the Farmers Market and buy some elderberry bushes. You’ve been there before to steal tomatoes.”

“Steal?” Charlie shuddered. “No, we didn’t steal anything.”

“Oh, no, you went, too,” Gabby said.”The hooman will have a heart attack if she ever finds out.”

Asia stood up and arched his back.

“Well, the hooman’s got to go sometime,” he said. He didn’t want to remind Gabby that Angel Charlie could go anyplace he pleased and not worry.

“Anyway, I needed the tomatoes for my salmon dish, and Charlie’s a better picker. Plus, he’s got the black cat thing going. Farmers really like black cats. Long story short, we jumped in the back of the old man’s pickup and rode over to the market. Big deal.”

“Look at all the stuff we saw,” Charlie said, handing over a stack of pictures on the human’s iPhone. “Look at those carrots and the sunflowers.”

“You took her iPhone?” Gabby said.

“We borrowed it. And we didn’t steal anything at the market,” Charlie said.

“Course not,” Asia said. “Charlie’s so cute when he sits up on their counters and puts his little paw on a ripe red tomato. He’s irresistible. Show her how you do it, Charlie.”

Charlie sat up and curled out his right front paw, so Gabby could imagine.

“The farmers gave us a little basket of tomatoes and a couple of yellow peppers,” Asia said. “They would have sent us home with more, but we couldn’t carry it.”

Asia put his paw around his little sister’s shoulder.

“Dear,” he said. “We go to the computer and order online. You have her checking account number? She won’t even remember not ordering. It will just seem like a good idea when the elderberry bushes arrive. And I won’t tell her you did it, Gabby, if you STOP CATCHING YELLOW JACKETS.”

“Oh, snap,” Gabby said. But she agreed to swear off the yellow jackets, which, as Asia pointed out, aren’t really bees anyway.

Cats know about these things, he said “Our garden will be for the honeybees and the bumblebees. Honeybees, the Apis mellifera,” he added. “Yup, okay, I forgot the Latin for bumblebees.”

“Of the genus Bombus,” Nickle mewed. “I looked it up.

Have a tip or story idea? E-mail Margo Ann Sullivan at TheGabbyDog@gmail.com and  Follow @The_Gabby_Dog on Twitter 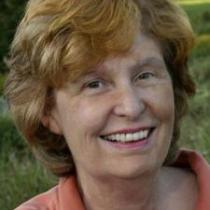