MANCHESTER, NH – What happens when an architectural designer acquires a much-loved culinary landmark?  If you’re Steven Freeman and it’s Angela’s Pasta & Cheese Shop on Chestnut Street, you can bet your fettuccine he’s gonna build it even better.

Like adding daily sandwiches, a line of S. Pellegrino sparkling drinks, more catering options and freshly made meals.  And, when COVID-19 says addio, cooking classes taught by Freeman himself.

Known for their assortment of daily, homemade pastas; wide selection of Italian deli meats and unique cheeses; plus floor to ceiling shelves of hard-to-find gourmet goodies from around the world, all the allure that drew Freeman to this foodie haven in the first place, ultimately drew him to make an offer to former owner, Jerry Lipet.

“The stars were aligned,” Freeman, 50, tells me – with palpable excitement – as he recalls the circuitous journey.

Always interested in food, he spent a lot of his youth working on what was known as Manchester’s Golden Mile including stints at D’Angelos, 2nd Street House of Pizza, and Clam King, to name a few.

But his epicurean ah-ha moment truly hit while working at an Islesboro, Maine, restaurant during summer break from college.

“I was washing dishes when the cook’s assistant suddenly left so I was asked to fill in. I never did go back to dishwashing,” says Freeman smiling.

With architectural jobs in short supply during the early ‘90s, Freeman took over Peregrine House Restaurant in Goffstown for a couple of years then carved a successful food-related niche for himself with a private catering business as well as in-home chef services for a select clientele before entering his chosen field.

Still, he was enthusiastic about combining the two loves of his life whenever he could; ever-conscious of the cooking space in the spaces he designed while continuing to hone his appreciation for fine food and his skill as a chef.

Freeman says a quote from Frank Lloyd Wright sums up his perspective, “Give me the luxuries of life and I will willingly do without the necessities.”

The architect’s craving for the foodie life took its most serious turn yet when, four-years-ago, while working at Catholic Medical Center as an owner’s representative, he moved just a short, two-minute drive from Angela’s.

After many delicious encounters of the gastronomical kind, Freeman approached owner Jerry Lipet about his interest in the business.

“Obviously, it has taken some time,” says Freeman, “but two-years-ago our conversations became serious and I’m happy to say we reached an agreement this spring.”

Now Freeman spends most of his time behind the counter; gaining an intimate knowledge of the decades-old business originally founded by Bob Falcioni in 1980 with the help of his three daughters, Angela, Elaine, and Linda. Both Angela and Linda still work at the famous pasta and cheese shop that stayed in the family until 2011.

“You could say Angela’s is still a family business,” Freeman says, “I’m hoping my three-year-old daughter, Lil, who absolutely loves to cook with me in the kitchen, will want to take over when I retire.”

In the meantime, he’s learning all the recipes that have made Angela’s Pasta & Cheese Shop a house-hold name throughout Manchester and beyond.  Classics like lasagna, eggplant parm, and cheese ravioli. Those recipes aren’t going anywhere, he says.

Got foodie news? Carolyn R. Choate can be reached at crchoate13@gmail.com 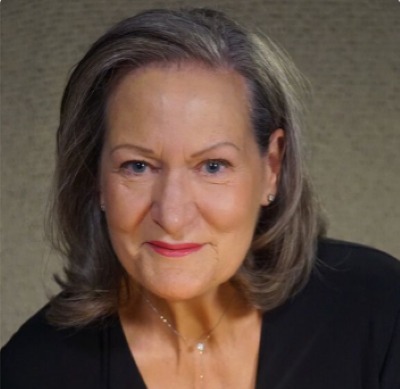 Carolyn Choate is a freelance writer who loves to chew on food. Literally and figuratively. In the kitchen from her garden in Nashua or her favorite market, a restaurant across town or across the globe. When not masticating, Carolyn is likely swilling wine or spirits as neither is far from her heart – or lips. Forget diamonds and Louboutins, she’d rather blow a wad on Pinot Noir and grass-fed filet with fresh sautéed morels. And write about it. You taste the picture: The “Barking Tomato” aspires to push your “foodie” button.