MANCHESTER, NH – This past Thursday, Ancient Fire Mead & Cider launched their annual Making A Difference fundraiser campaign for the American Cancer Society with a special batch of Making a Difference Mead and a guest beer from Lithermans Limited Brewery in Concord.

This is the second year the company, which started last year, has run the campaign, but owners Jason and Margot Phelps have helped raise nearly $150,000 in donations for various cancer organizations over the past 15 years.

Last year, they raised $2,300 for the American Cancer Society. So far, they already have a strong head start with about $1,500 raised between taproom sales and donations.

“This is a very personal aspect to what we do and I am already so heart warmed by the support from staff and patrons this year,” Jason Phelps said. “It’s gonna be bigger and that means we can make a bigger difference!” 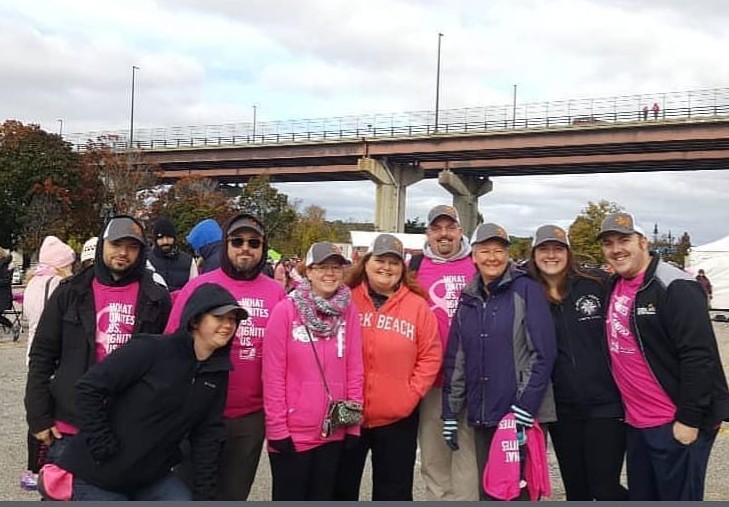 Phelps described the Making a Difference Mead as a draft-style mead made with wildflower honey. At 7 percent alcohol by volume, the drink is floral and sweet with a little smokiness, Phelps said.

Lithermans’ guest beer is Whole Lotta Rosé; a hibiscus and guava beer made in collaboration with the Concord Making Strides Against Breast Cancer event. Phelps said it’s 4.8 percent ABV, making it light with a noticeable guava nose and tea-like finish.

All the proceeds from those products go to the American Cancer Society.

There will also be several new releases debuting in the first three weeks of October in support of their Making Strides team, which will be walking at the Fisher Cats Stadium on Oct. 20.

On Oct. 17, the meadery will feature a story-tellers night, where cancer survivors will share their stories.

Phelps himself is a survivor of testicular cancer, following a diagnosis in 2003, which he says changed his life forever.

After successful surgery and treatment, he feels he was given a “bonus round” to life which put his priorities into perspective. Before his illness, he was working all hours as a software engineer, but after his diagnosis, he told his wife Margot he’d always wanted to brew his own beer.

He and Margot began homebrewing soon after and, in 2016, decided to turn their passion into a business with a plan to open a meadery in Manchester.

Phelps said he plans to run a Making the Difference Campaign every year.