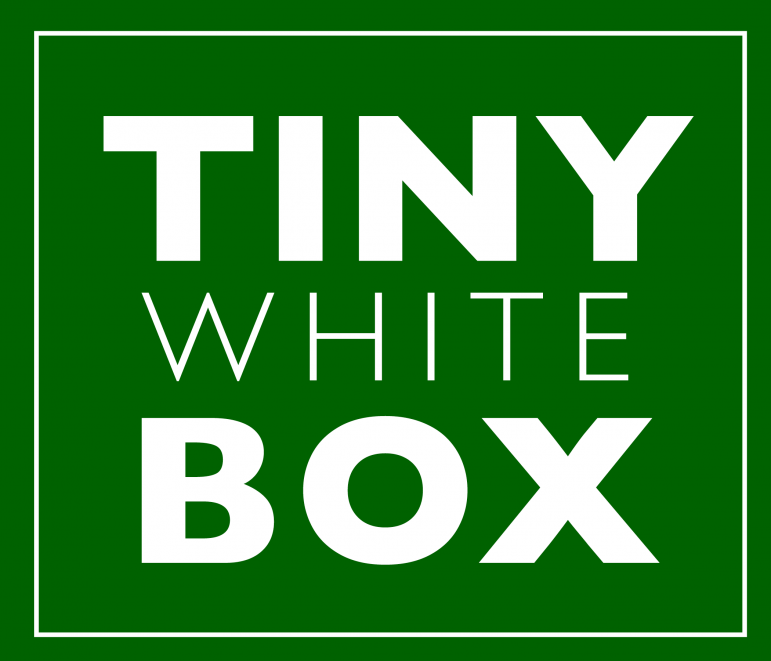 About a year and a half ago, I wrote an open letter to the universe regarding my search for my next job. While the universe didn’t directly write back, that column led to an all-expenses paid weeklong trip to New Orleans for a job interview, along with a number of sometimes fascinating phone conversations with nonprofit boards of directors.

Given that success, I’ve written another open letter, this time about my search for a home to purchase. Longtime readers know I’ve been living in the Tiny White Box for two-and-a-half years. The box will remain part of my life (and the name of my website), but I’ve decided it’s time to buy a home, preferably one with running hot and cold water, a flush toilet and more than the box’s 72 square feet, of which fewer than 27 square feet is floor space. I don’t think that’s too much to ask.

You, Constant Reader, have a chance to help guide the universe, find me a home and win a priceless prize. The person who connects me to the home of my dreams will be awarded an all-expenses paid three-day, two-night vacation in the Tiny White Box. I will personally heat up oatmeal in the morning, spinach and cheese for lunch and broccoli, cheese and sourdough pretzels for diner, the chosen menu of the Tiny White Box. Sit in a chair! Stand (if you’re shorter than 6’1”! Sleep on the custom bed (if you’re shorter than 5’2’)! All that and the universe’s gratitude.

Or I’ll just offer a thanks and lunch on me.

You’ve been great to me since my last formal letter. I’ve managed to go to Sedona for a week, England for three weeks of hiking Hadrian’s Wall and enjoying London, and Los Angeles and the Anzo Borrego Desert for a week. Best of all, that last letter led to a job I love as director of Hope for New Hampshire Recovery.  Thanks so much!

Thanks also for making the Tiny White Box a reality. Wintering over on the Canadian border was a momentous, productive and exciting experience (and thanks to Gavin Beland’s craftmanship, it was also warm and dry). While I still haven’t completed that memoir, the chance to focus on writing for an extended period was great. And after all, how does one complete a memoir when there’s still so much of life to savor?

Still, after almost two-and-a-half years in the Tiny White Box, I’m ready to find a house, a home to buy, one with a flush toilet and a shower and more than a microwave to cook with. Being me, of course, I do have some particulars in mind, so sitting inside the Tiny White Box in the middle of December, a light but beautiful snow falling outside, with Bruce Cockburn’s Inner City Front blasting through the speakers, here are some of the things I may want in this house/cabin/cottage/compound. Still, universe, I know you’ve chosen wisely so far, so I’ll leave it in your imaginary hands.

(Yes, in the previous sentence the phrase “chosen wisely” can be translated as “blindly followed a mechanistic path of cause and effect with a Soupçon of randomness thrown in.” If I want to anthropomorphize existence as a wise helper who probably knows best, and use it as a Higher Power, I damned well will, especially since I’ve managed to stay away from a drink or a drug for more than 12 years now!) (I apologize for the hair-on-the-back-of-my-neck-standing-up tone within those last parentheses. I usually manage to synthesize that bile into something more productive.)

As with my childhood letters to Santa Claus, I reserve the right to amend or, more likely, add to this list.

I trust you, universe, to know what’s best for me, or at least what’s most interesting. You’ve done a great job for a long time—those growing pains after the Big Bang notwithstanding—and I know you’ll give me what I need, even if I don’t know I want it. Do keep in touch.

Remember, help the universe do its work, and you’ll get to vacation in the Tiny White Box—and the knowledge the universe is a little bit better place.

Do send any possible homes to me:  keithhoward@gmail.com. Thanks

Keith Howard is Executive Director of HOPE for NH Recovery. He’s also been chronicling his adventures in The Tiny White Box while writing about life in recovery. Read more here.