I get wary when it comes to conjectures about an afterlife. It’s the type of ponderous philosophical ice cream headache that’s illogical and impossible to resolve.

But let’s imagine for a second that Heaven exists, and it turns out that some clichés are correct—our individual spirit exists in eternal bliss in a place devoid of stress, contention, struggle and strife.

And let’s imagine that in this heavenly milieu exists our own personalized and detailed “happy place” of tranquility.

So here’s my happy place.

It’s a sunny afternoon with a whimsical summer breeze, and I’m sitting in box seats at a baseball game with my scorecard on my lap, a cold beer in a cup-holder and steamed ballpark franks appear in their foil packages anytime my stomach rumbles.

For all eternity, I’ll absorb the sensory images of the ballpark—the slap of the baseball, leather-on-leather, as it hits the catcher’s mitt; the solid crack of the bat on a gapper to left-center; linseed oil and freshly sheared grass and peanut shells on the concrete beneath the bleacher seats.

Obviously, my happy place derives from my own mundane experiences, and a week ago—on an idyllic Sunday matinee game at Fisher Cats’ Stadium—I visited my happy place when the New Hampshire Fisher Cats played the Portland Sea Dogs.

But this particular story digs deeper, and gets darker. 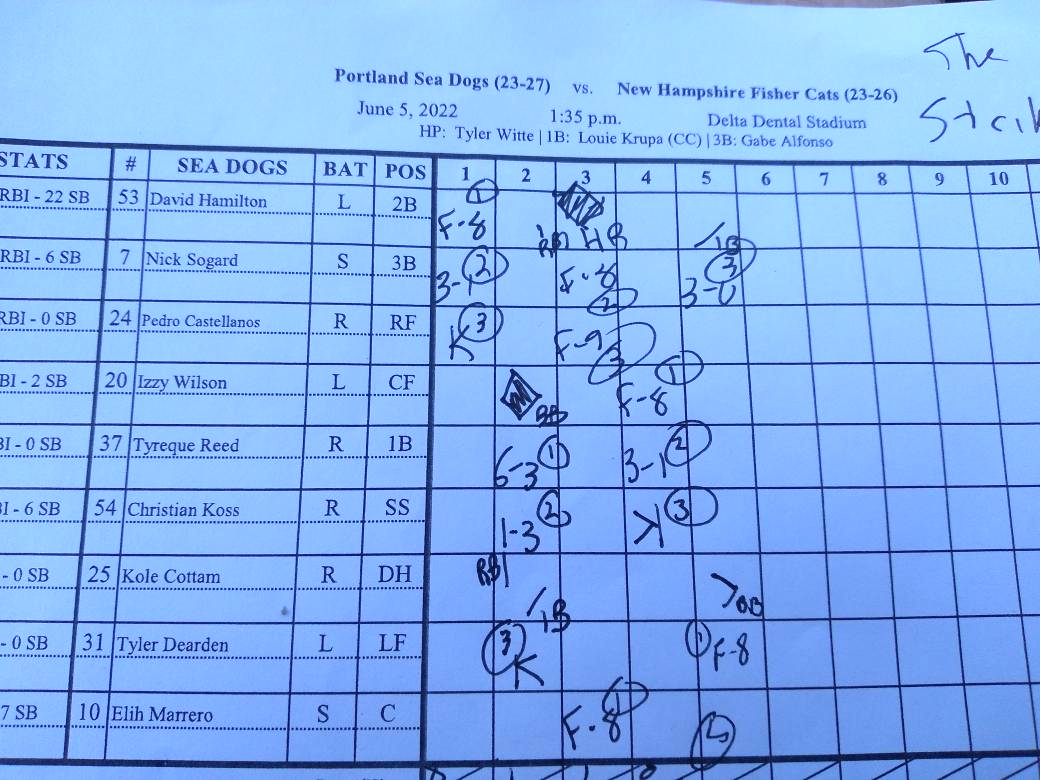 I attended the game with my friend Brian, another ardent baseball fan and a scholar of the game[1]. Brian and his brother Dace have been die-hard Fisher Cats fans since the time the organization began playing at Gill Stadium.

Dace was also a friend of mine, and perhaps the most intelligent baseball mind I’d ever had the pleasure to meet. He had an encyclopedic knowledge of the game, and he and I would spend hours splitting pitchers and talking shop. Finding someone as passionate about the pastoral sport that many people today seem to consider antiquated[2] was an anomaly for me.

I cherished those conversations.

Last September, Dace took his own life at 57 years old.

I’d prefer not to get into the particulars, but I believe most reasonable people can agree that this is an ineffable tragedy, another casualty of a mental health crisis in this country that has been exacerbated by the pandemic.

While Brian and I shared a “happy place” at the ballpark that day, there was also a pall, the titanic weight of the empty seat beside us.

For a recent article, I interviewed two men—T.J. Murphy and Matt Conway—who started a non-profit in Derry called RecoverYdia, which aims to facilitate meaningful human connections through the sharing of stories, music and art. They focus on the concurrent addiction and mental health crises that are currently crippling our culture, and the concept of recovery.

And, to me, it seems that said meaningful connections were made on an idyllic spring day at a ballpark in early June, when two friends were taking in a baseball game, buying each other beers and geeking out on our scorecards while remembering someone we’ve lost.

Like any worthy endeavor, the baseball game made Brian and me feel less alone in this confounding and isolating universe we all share.

And Brian and I both seemed to tacitly understand that had Dace only held on a little longer, reached out and waited for this game on this day tailor-made for a baseball that maybe… 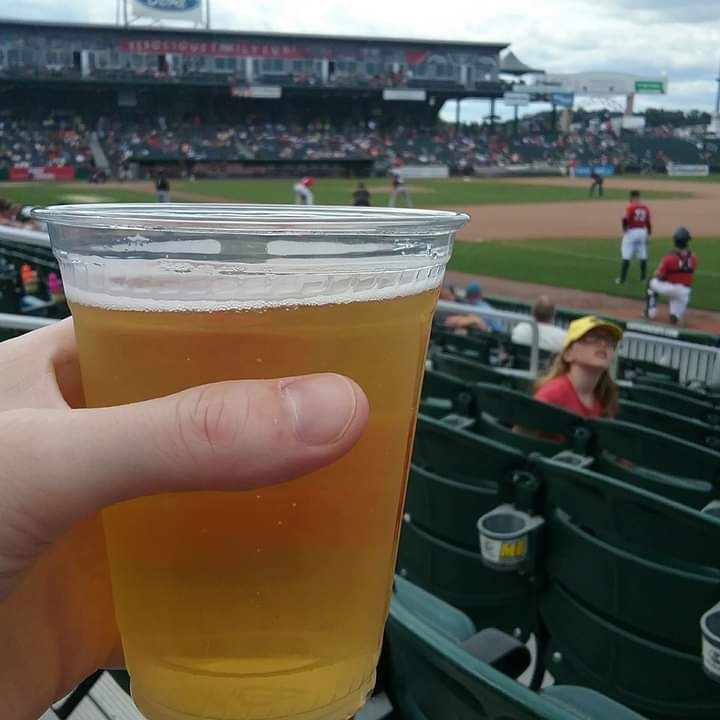 But maybe there is a happy place in Heaven, and maybe Dace was there at the ballpark with us in spirit, roaming the outfield and heckling the opposing team, standing on the lip of the outfield and kicking the heels of the shortstop’s cleats.

Maybe the fact that Brian and I were both thinking of him, connecting through what the American poet Walt Whitman called “America’s game,” was affirmation enough.

Before the first pitch, Brian raised his beer for a toast. “To Dace, who couldn’t wait for the two most important words a baseball fan can hear before a game,” he said.

Brian grinned and shook his head. “The two words are ‘Yankees suck’,” he said, then got up to buy us another round of beers.

[1] I enjoy attending games with my wife as well, but if I tell her that a team put on the “hit-and-run,” she’ll look at me, befuddled. “Isn’t that illegal?” she’ll ask.

[2] The slow, laconic rhythms of the game don’t translate well with a generation who expects their Amazon packages the next day, their television shows dropped by the season in order to binge, and their food dropped at their door whenever they fancy it.