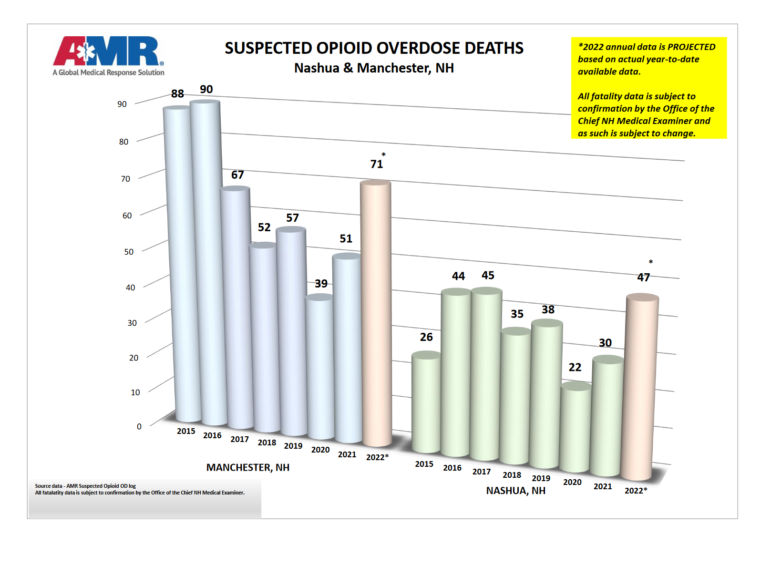 August held 61 opioid overdoses in the Queen City, a five percent decrease from July. As of the end of August, there have been 458 reported by AMR, with 45 suspected opioid overdose deaths.

Manchester is still on pace to have the highest number of suspected opioid related deaths in a one-year period since 2017.

According to AMR Spokesperson Chris Stawasz, AMR medics continue to see and listen to reports from suspected opioid OD patients who believed they were not specifically using opioids and were surprised that they overdosed on an opioid.