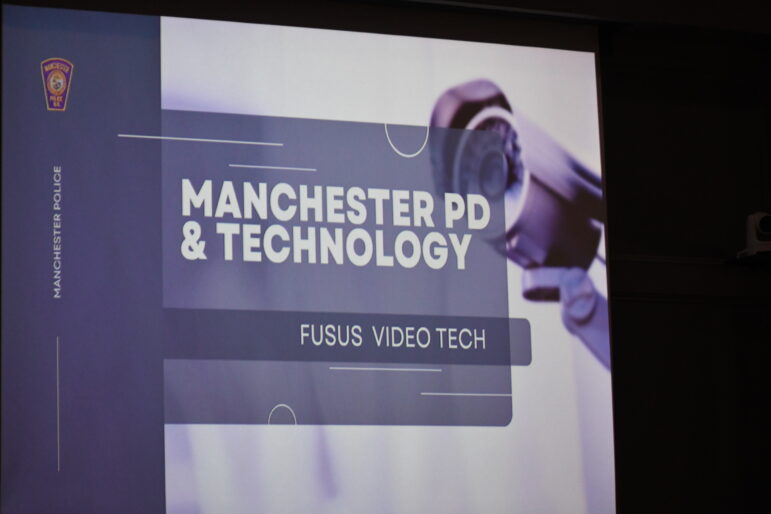 MANCHESTER, N.H. – On Tuesday night, the Manchester Board of Mayor and Aldermen (BMA) approved usage of the Fusus System, video networking software that allows the Manchester Police Department to use submitted camera footage remotely.

When activated, the system can tap into the nearest four cameras in a network to give police either intelligence to react to criminal activity in progress or evidence for ongoing investigations that would have been previously obtained through verbal requests by officers.

Manchester Police Department Chief Allen Aldenberg told the board that the system would not be used outside of investigations or requests for service. Indeed, New Hampshire state law prohibits police surveillance of public ways except for investigation of a particular crime and Aldenberg said that any unfocused use of camera footage would not only be illegal, but also harm public trust in local law enforcement officials.

Aldenberg said that the department would begin with city-owned cameras only, with oversight on its use given to the civilian Police Commission. He added that while it does not provide audio along with the video, it would be used in tandem with the audio-specific Shot Spotter system approved by the BMA earlier this year that uses audio triangulation to determine the location of gunshots.

Eventually, Aldenberg said that residents would be able to volunteer their own camera systems into the network, but stated that police would be unable to view anything on those private cameras outside of crimes in progress or investigations.

Phone apps related to the system would also provide residents with a “panic button” for situations where they were in the midst of a crime in progress but could not talk, allowing the resident to let police see their situation if cameras are nearby or send video footage through text messages.

While the system provides the threat of civil liberty violations if used improperly, it was praised by police officials in Atlanta earlier in the day for addressing a variety of crimes.

Ward 4 Alderman Christine Fajardo asked if residents could still send comparable data to police without participating in the system, with Aldenberg and other police representatives indicating that any information in reacting to crime or solving crime would be appreciated.

At-Large Alderman Joseph Kelly Levasseur built on Aldenberg’s comment regarding the combination of Fusus and Shot Spotter, saying that allowing the public to once again listen to police scanners in Manchester would help build faith in the department and also allow residents access to information they could build upon if they are in the vicinity of a crime.

The BMA approved three years of usage of the system in a voice vote, funding for the system came as part of a $100,000 bond approved as part of the recently passed Fiscal Year 2023 budget, with Aldenberg telling the BMA that he would continue to seek grant funding to augment the existing funding source.