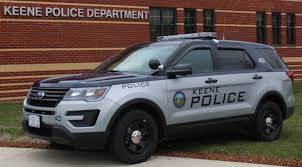 CONCORD, NH – The following information was released Tuesday pertaining to an officer-involved shooting incident that occurred in Keene on July 1o, 2017.

On Monday at approximately 2 p.m., Keene police officers responded to an apartment at 40 Wilford St in Keene, and assisted an adult female and her child, who were removing their belongings from that residence. One of the other residents at that apartment was Patrick Letendre, 28. After the belongings were removed, there was a brief confrontation between Mr. Letendre and two Keene police officers. During that confrontation, the two police officers discharged their weapons and Mr. Letendre was wounded by gunfire. He was taken to a hospital where he is being treated for non-life threatening injuries. No law enforcement officers or private citizens were physically injured during the incident.

The exact circumstances surrounding the officers’ discharge of their weapons remains actively under investigation. It has been reported that there was a third officer present but that third officer did not discharge his weapon. Per protocol, the names of the officers involved in this incident are being withheld pending each officer’s formal interview. It is anticipated that the interviews will be completed later this week. Once the three interviews are completed, the names of the officers will be released.

Further, per protocol, each officer has been placed on paid administrative leave. None of the officers wore body cameras. There is no known video of this incident at this juncture. The Attorney General’s role in an officer deadly force investigation is to determine if the officer’s use of deadly force was justified under the law. Whether Mr. Letendre will face any criminal liability for his conduct is within the Cheshire County Attorney’s purview. Thus, the Cheshire County Attorney’s Office will also be reviewing the circumstances to determine if criminal charges will be brought against Mr. Letendre in connection with the incident.