Story Produced by Concord Monitor, a member of

The country is searching for roads that lead to racial equality and social justice. Contoocook native Daryl Peasley hopes the Abenaki Trails can be one of them.

The trails would offer a deeper understanding of the influence the Abenaki people had on the area through a series of new monuments and artistic installments in towns along the banks of the Contoocook and Merrimack Rivers.

Peasley, 59, is part of the Nulhegan Band of the Coosuk Abenaki and one of the original members of the state’s Commission on Native American Affairs. He’s heard all the stories about massacres and violence, like the one remembered at the Hannah Duston Memorial in Boscawen. He’s heard people describe New Hampshire as just a pass-through state for Native Americans, a place where tribes spent little time. Now, he wants to tell the other half of the story.

“I thought we should start a project that shows the positivity Abenaki did in the area, in the whole state, because we weren’t just murdering marauders. We did good things,” Peasley said. “I thought we should do something that was educational. Not only do we need to educate some tourists and visitors to the state, but we need to educate some of the people that live in this state.”

“Nulhegan’s Abenaki Trails Project will serve as a cultural awakening that will remove any doubt as to the first inhabitants of N’Dakinna, our home land,” Peasley said in announcing the project. In other words, New Hampshire was home to Native Americans and not just a trail to another place.

There is also work being done at the Hannah Duston Memorial to tell the Abenaki side of that story. Peasley has been involved at the edges of that project, but he also wanted to do something separate from that site in Boscawen to honor and recognize Abenaki history. And he wanted it to start in the Contoocook/Hopkinton area.

“Hopkinton is proud of this history. They just made Columbus Day, Indigenous Peoples Day, and even though it’s only on an employee calendar for the town, that made me proud,” Peasley said. “So, I’ve lived in town my whole life, I thought maybe Hopkinton should be the jumping-off point. It’s near the Contoocook River, too, and that’s an Abenaki word. It might educate some people around town and be a positive experience.”

Even though he was inspired by the idea of an educational trail, Peasley wasn’t sure what the Abenaki people or the town of Hopkinton would think about it.

He never should have worried.

Chief Don Stevens of the Nulhegan Abenaki Tribe thought it was such a good idea that he’s looking into creating a similar trail in Vermont, where he’s based. Hopkinton was just as enthusiastic.

“I was hesitant to go to the selectmen here in Hopkinton, but I knew I wanted to get the towns’ opinion about how they would feel about us doing this, and they were ecstatic,” Peasley said. “They said anything you can do that’s going to give us a positive feel, that’s what we need at this point in time, something positive to balance things out.”

Peasley isn’t sure where the trail’s first installment will go, but he’s thinking somewhere near the gazebo in the Contoocook Village.

“You have the river there, and the Railroad Museum, and there are restaurants and businesses there, so I’m hoping that not only will people be able to come to and learn about the area, but they’ll also help out the economic trend in town,” Peasely said. “So, it could be a win-win for everybody.” 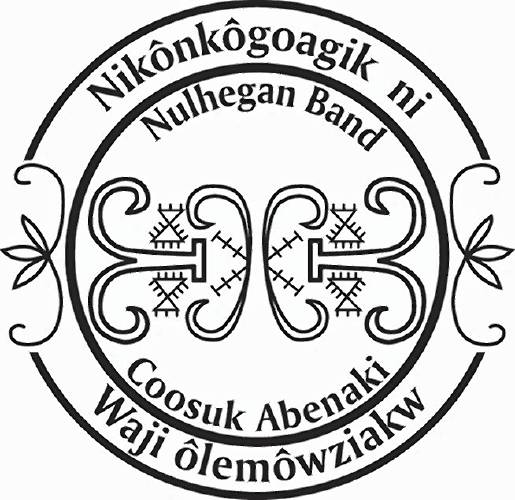 He was also hoping that a first piece could be put in place in the spring of 2021, but it looks like things will start moving before that. Research has been going so well that Sherry Gould, an Abenaki genealogist and a member of the tribal historical department, wants to put something up, “some time before the first snow flies this winter,” Peasley said.

Peasley is picturing installments in neighboring towns and eventually across the state. He said that, “we have all but 100 percent proven that there was a settlement in West Hopkinton,” and that settlement may have also spread into Henniker and Warner. As soon as he mentioned the project to the town of Henniker, its historical society wanted to take him on research expeditions. And Dr. Lynn Clark of the Warner Historical Society is also pushing for her town to be included in the project.

“We’ll get a map together or a brochure so that if someone wants to spend a day following the trail, they can do that,” Peasley said. “They can go from Concord to Hopkinton to Henniker to New London to wherever the trail happens to take them.”

For more information about the project, go to abenakitribe.org/abenaki-trails-project.