MANCHESTER, NH – Keke’s Dream LGBTQ+ sits in a corner of the Mall of New Hampshire next to Gamestop, among a variety of clothing, food, and memorabilia outlets. It is, at first glance, an unassuming wildly colorful store. It is the kind of store one expects to find in a mall during the third decade of the 21st century: a store entirely devoted and dedicated to gay pride items.

The man running the store, Keith Marcoux Sr., says his son owns the store while he is just a silent partner who works there. Marcoux came from a working-class family with a working-class father who often held multiple jobs at the same time.

Marcoux himself followed in his father’s footsteps for a time, believing that in order to have good things in life, one must work hard. He himself has worked more than one job at the same time. However, he often found his children saying their father was always at work. Over time, he wanted to do something for them, leave something behind they could enjoy well after he was gone.

Now Marcoux is working behind a desk at a business he didn’t expect to have.

In fact, Keke’s Dream – so named due to Marcoux’s son having the nickname Keke – started out as a kiosk in the mall. After working there for three months, interest was so high that Marcoux decided he needed to take another step.

“The response was so incredible, that we decided to open our own store,” Marcoux said. “We quickly learned once we opened the store, we are the only Pride store in New Hampshire that is exclusively Pride. We want nothing more than to grow this establishment and hopefully have them everywhere. People deserve to have products they want and need.”

The store is so new that it can’t be found on any of the directories placed about the Mall of New Hampshire.

Nonetheless, customers have come from Vermont, Maine, and all over New England to see Marcoux’s new Pride store, lured there by various social media posts. The draw, Marcoux explains, has to do with the lack of year-round Pride stores anywhere in New England. The nearest one he has found is near Cape Cod, a three-and-a-half-hour drive away from Manchester.

Marcoux’s personal journey started when his son came out to him. He then discovered, in a short amount of time, that, “gay people are the nicest folks I ever met.” When speaking about his son, his face shows effusive joy combined with illimitable happiness. Rather than opening the store just for the holiday season, his plan is to keep the store open all throughout the year and eventually hand it over to his son, Keith Marcoux Jr.

The store could not have opened on one person’s efforts alone. Marcoux Sr. describes it as a collaborative effort where some products were purchased while others were made by hand – such as a big bag board with the words “hate has no place here.” Products are often made out of love by members of Marcoux’s family to help the store succeed.

“We truly are a family store,” Marcoux said. 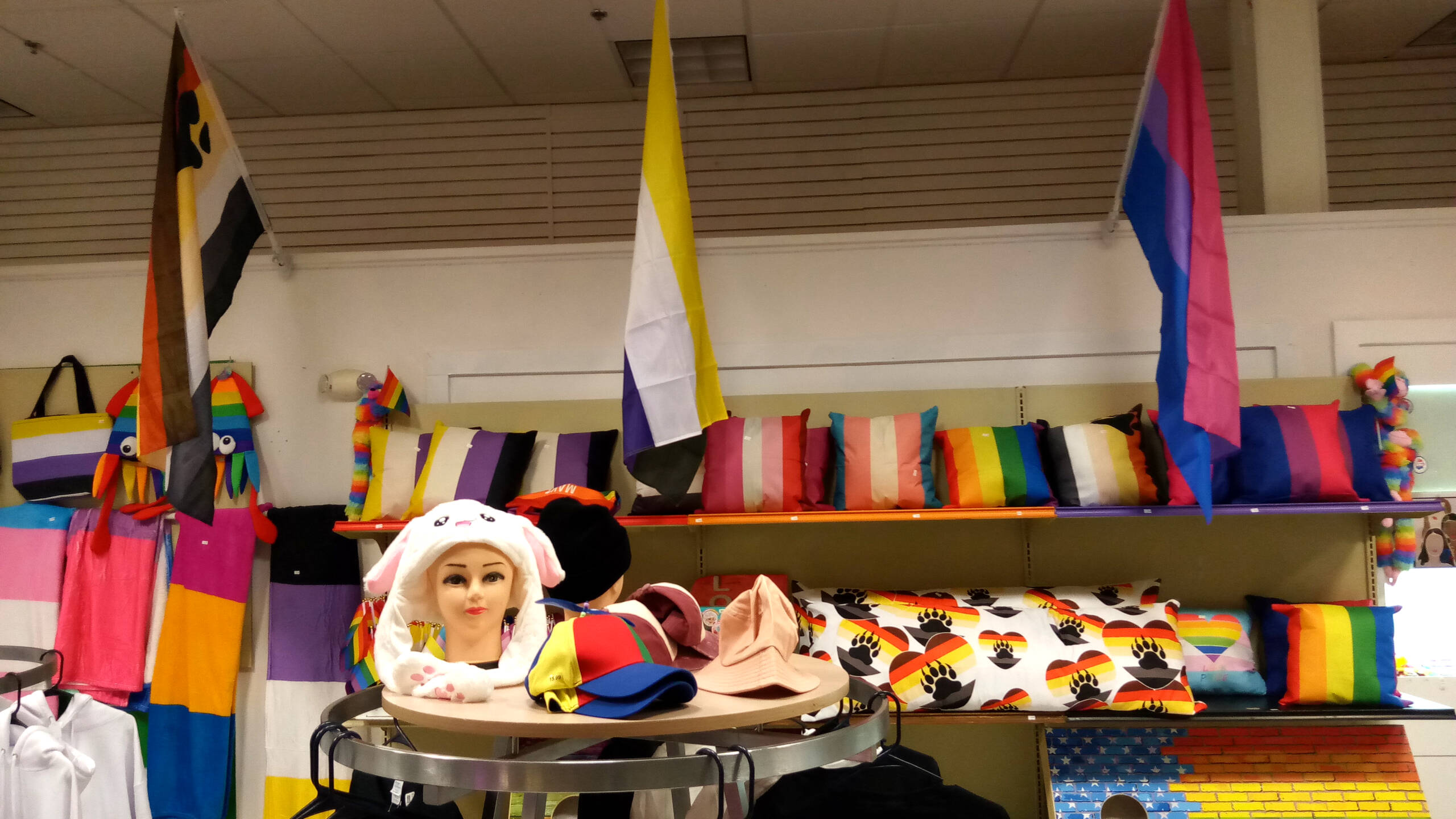