MANCHESTER, NH – Donning a blue-and-white striped dress and some mustard yellow heels, hair down, hoops on, and walking with pride I entered the Currier Art Museum last week ready for a night with Andy Warhol and friends. Sauntering past the lobby where I was greeted with excited faces, I had no idea what to expect. I’d been to the Currier decades prior for an art opening event, but never a party.

Approaching the entrance to the Andy Warhol exhibit I was impressed by the red carpet, brightly lit Studio 54 sign, and movie star lights beckoning me to enter, immediately curious about what I would find inside. The sounds of classic disco had my feet sliding right onto that carpet and through to the dance floor. I arrived on the scene with a digital camera and no flash, as an artistic choice, to capture the authenticity of the experience – as if captured on film as it would have been in the era of Studio 54’s infamy.

Once inside I took a moment to revel in the massive exhibit space where four large projector screens played Andy Warhol’s screen tests on loop in sultry, seductive, black-and-white film. As noted by event organizer Corinne Benfield, the museum’s proliferation of work by the artist during pride month was an honor for them because “he was very much so an advocate for other queer artists and highlighted them in his work and celebrated them in his work.”

These screen tests are a collection from over 400 created by the celebrated artist. Voyeuristic in nature, the Currier exhibited 20 of these silent black-and-white film portraits provided by the Andy Warhol Museum. Standing amongst the ‘70s-themed decor, chic lighting design, costumed guests, I was instantly hypnotized, enamored by the quality of the event and the vibe the Currier was able to create for its special Queen City Pride guests. Amongst the faces featured in these vintage screen tests were Lou Reed, Salvador Dali, and Edie Sedgwick.

The Currier Museum was thrilled to be able to offer the museum’s exhibition space in an entirely new way to its Manchester community, said Corinne Benfield. As director of community partnerships and membership Benfield says such events are an integral part of the Currier’s mission to create exhibition parties loosely themed around the exhibited artworks and programmed to be more of a party atmosphere. The ultimate goal is to usher in a new relationship and new audience to the artwork and to the museum. 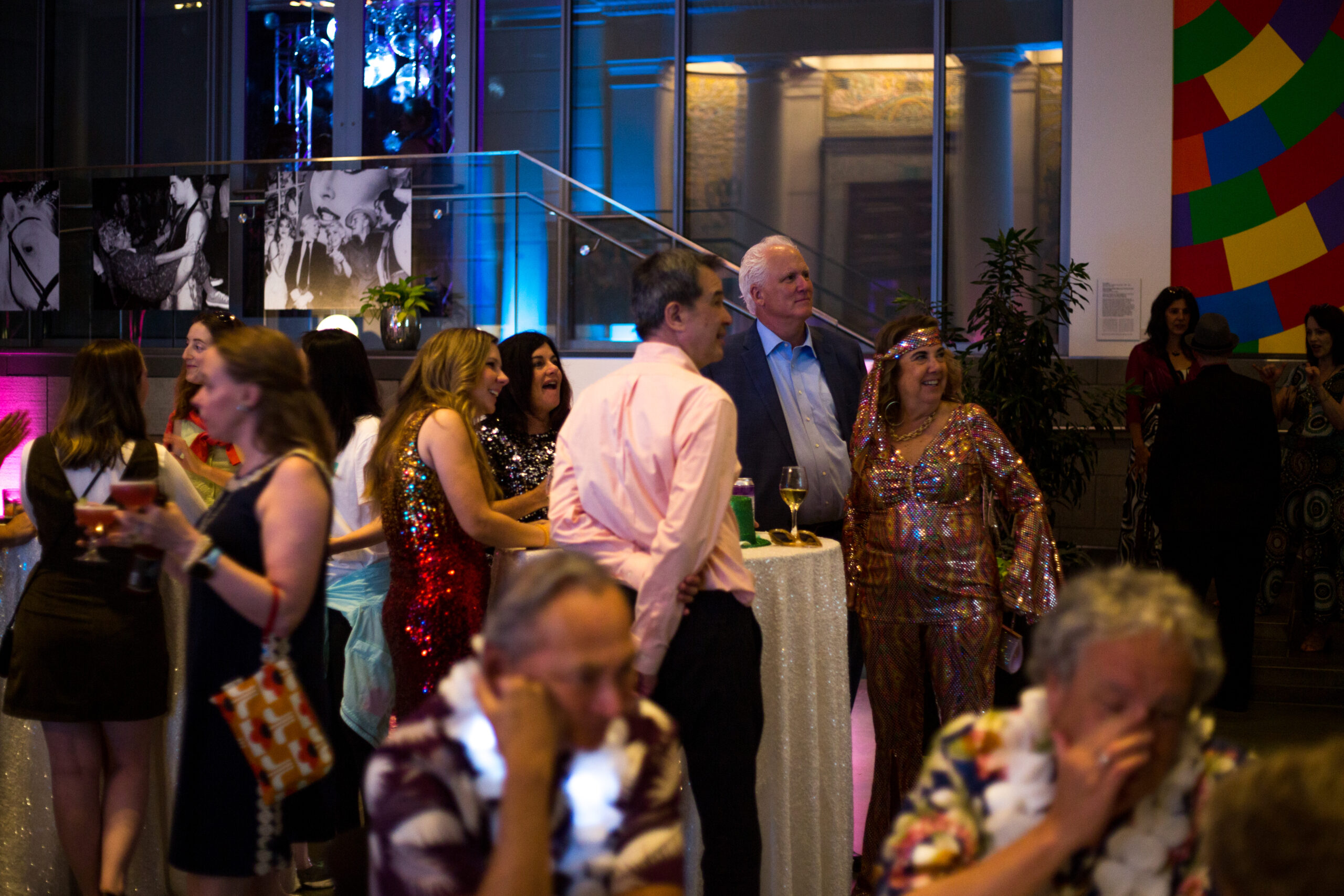 The evening was packed with offerings that included dancing, disco, a best-dressed contest (and rightfully so, the outfits were truly a fashionable blast from the past), raffle giveaways that included memberships to the museum, hors d’oeuvres, and a bar complete with themed cocktails. The Studio 54 affair was invigorated by drag performances by House of Marvel Entertainment and hosted by the exuberant Chi Chi Marvel. 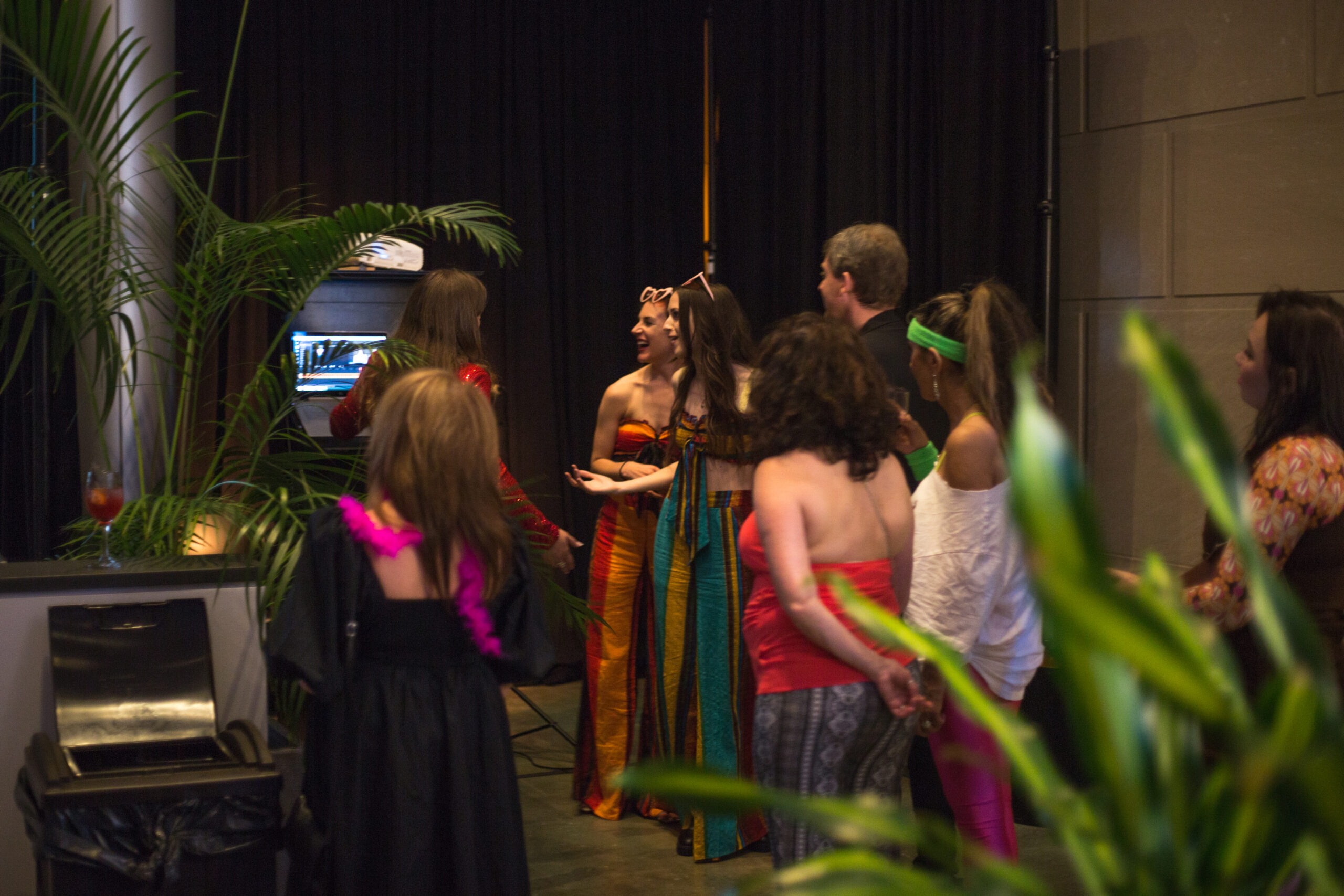 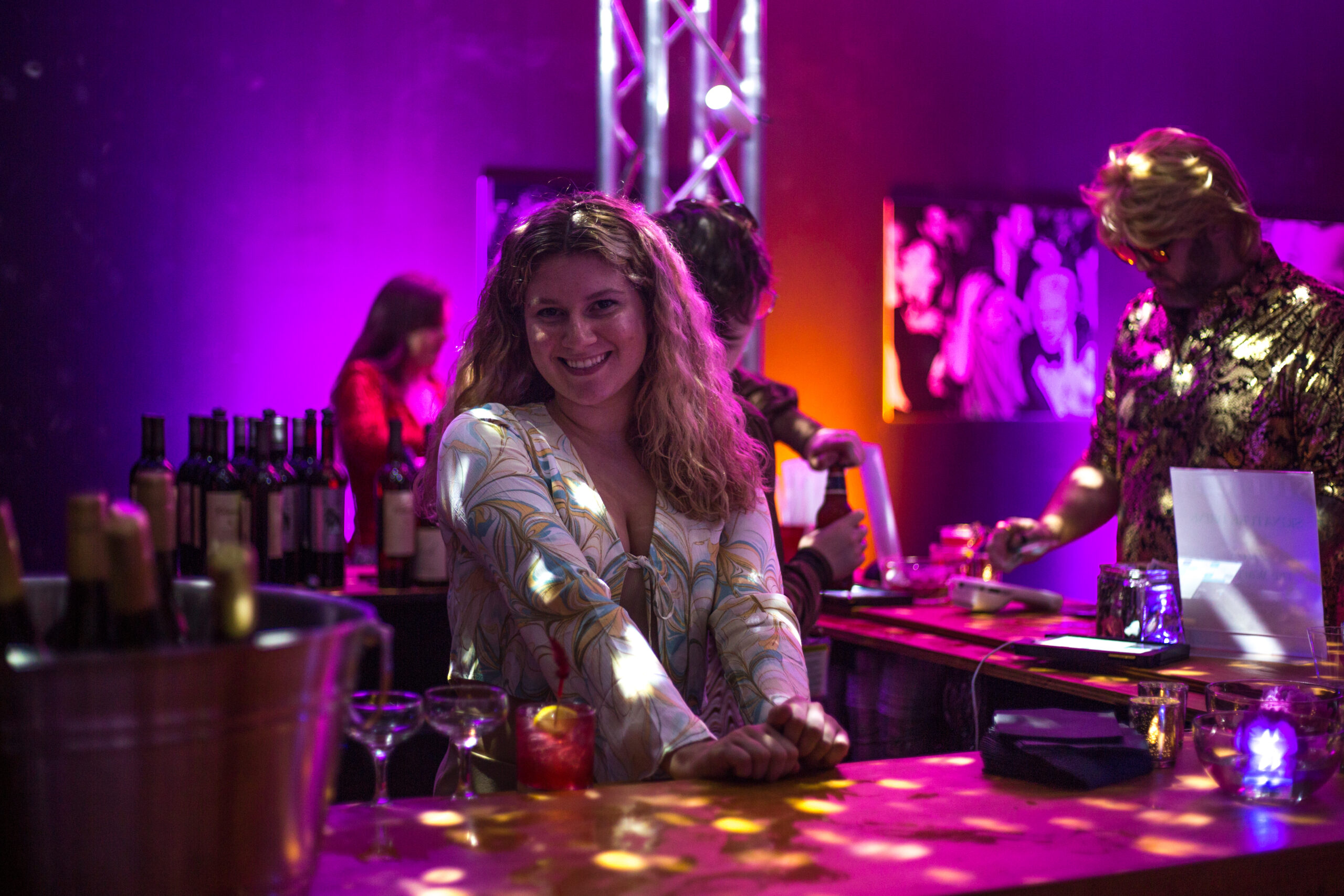 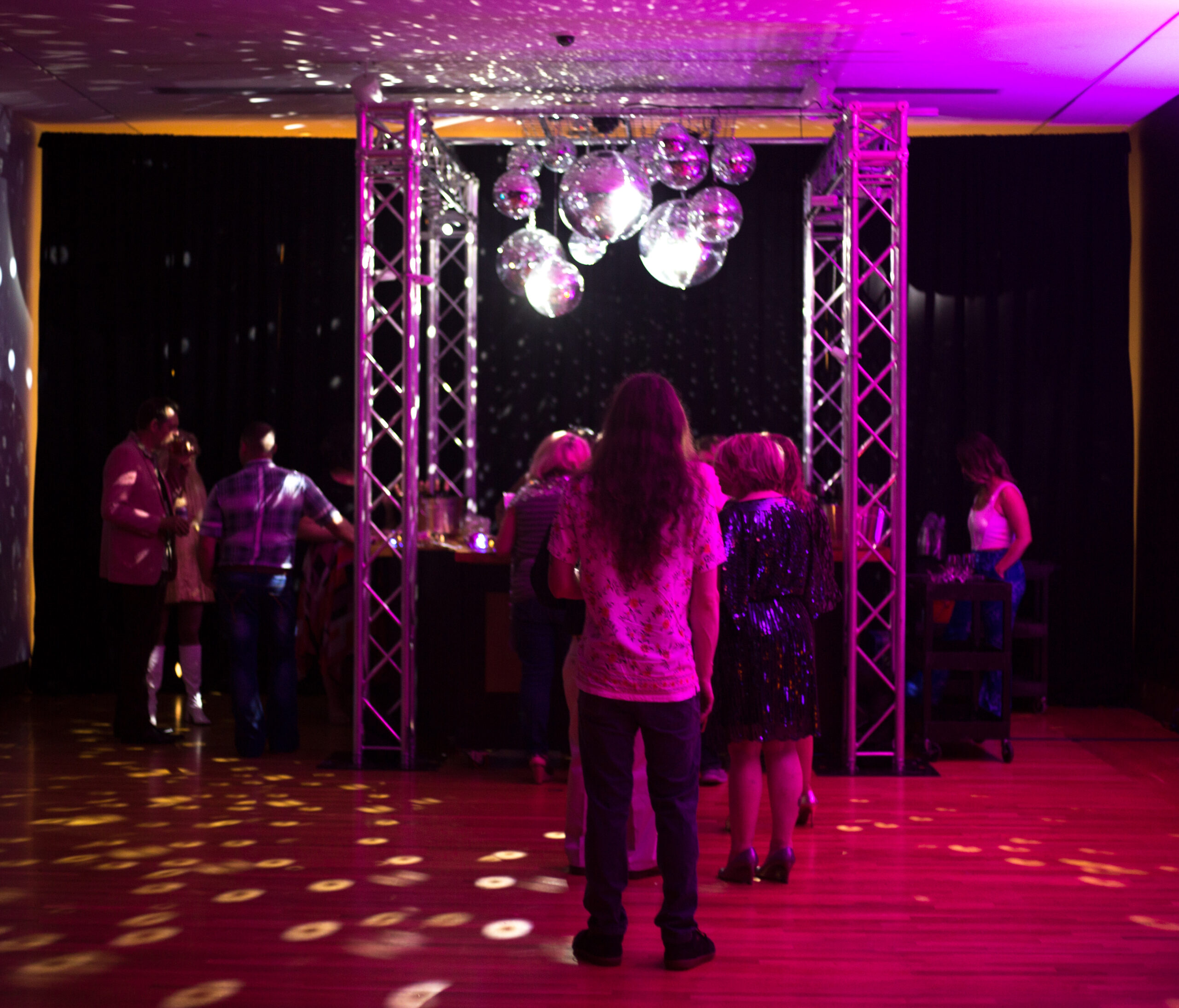 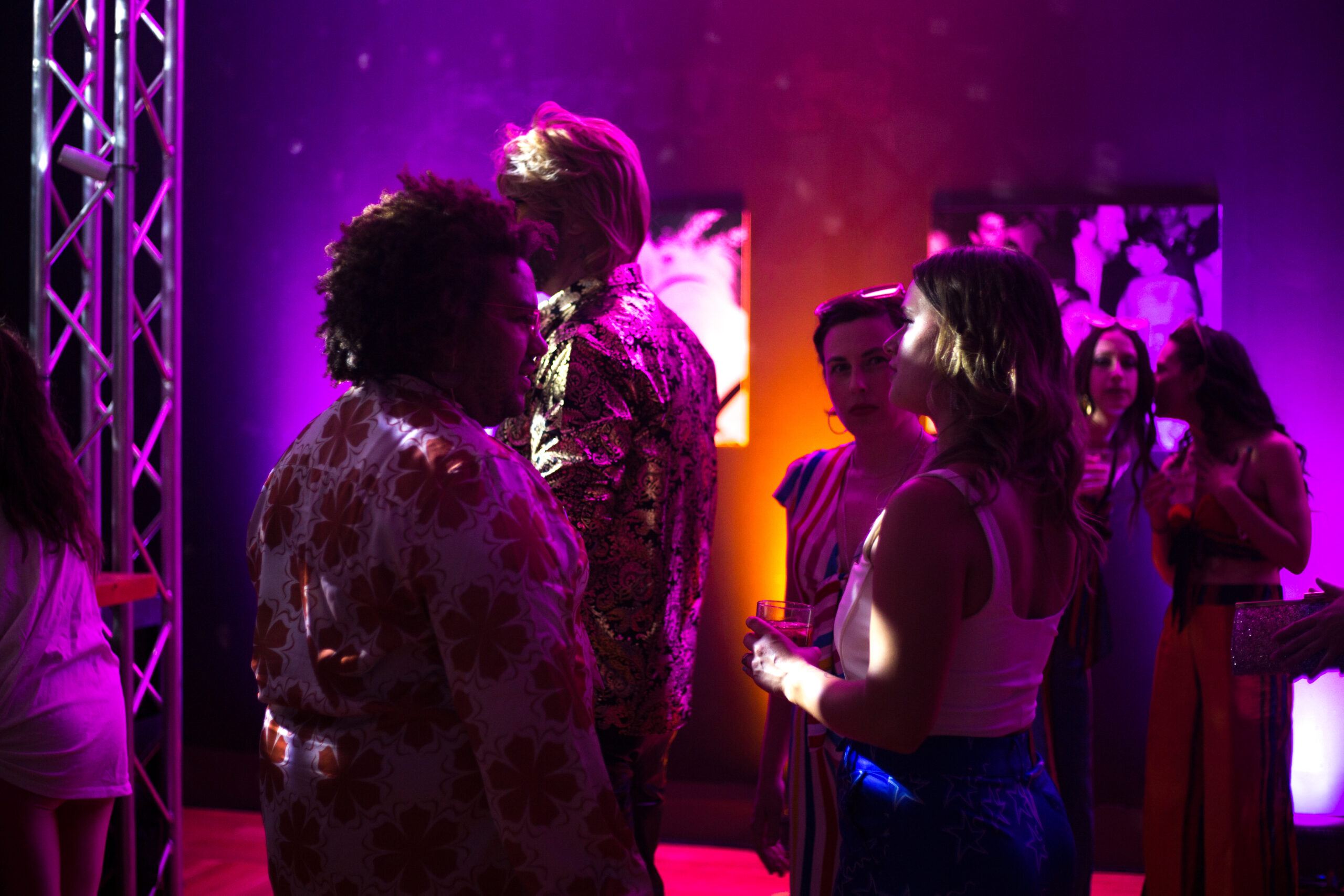 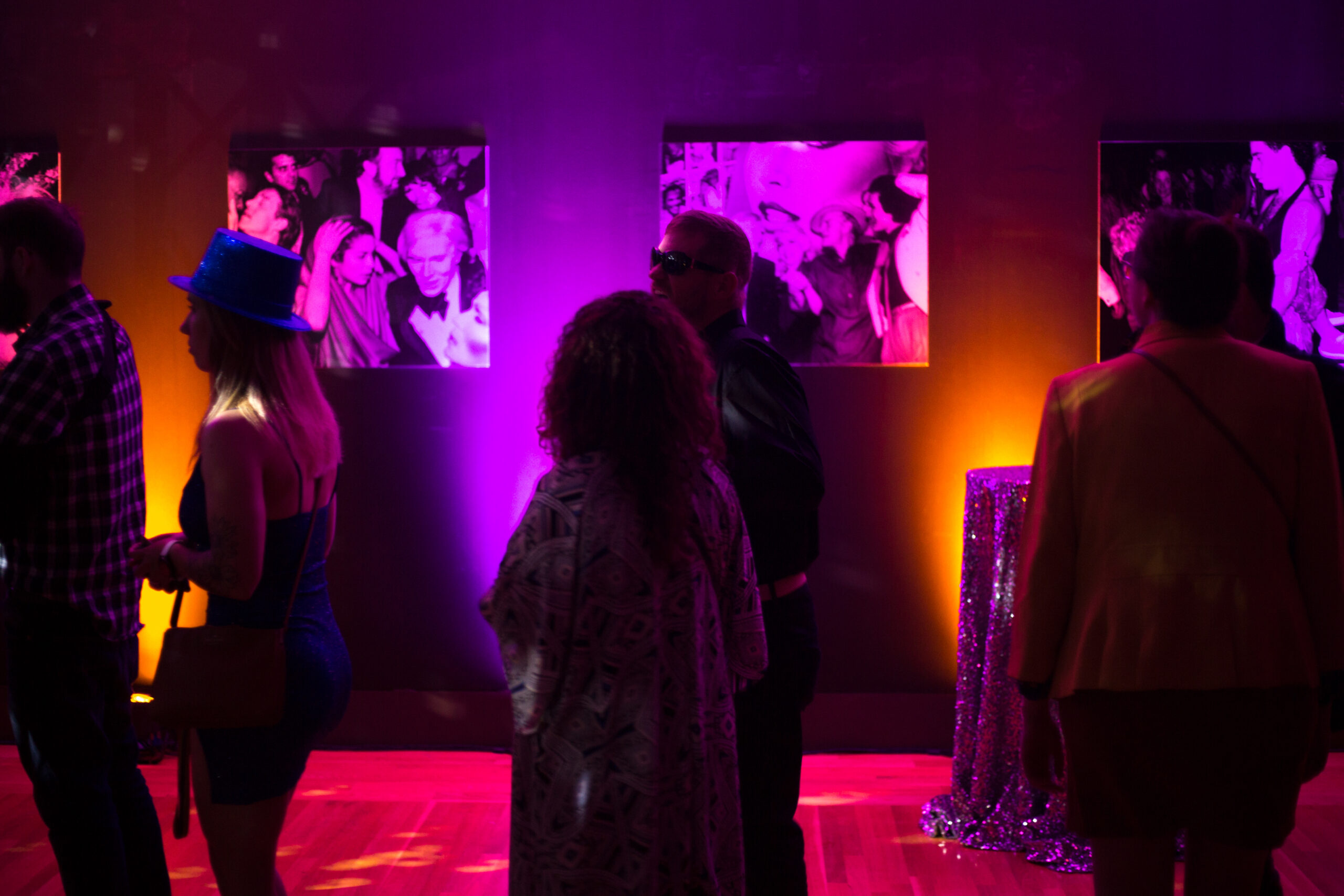 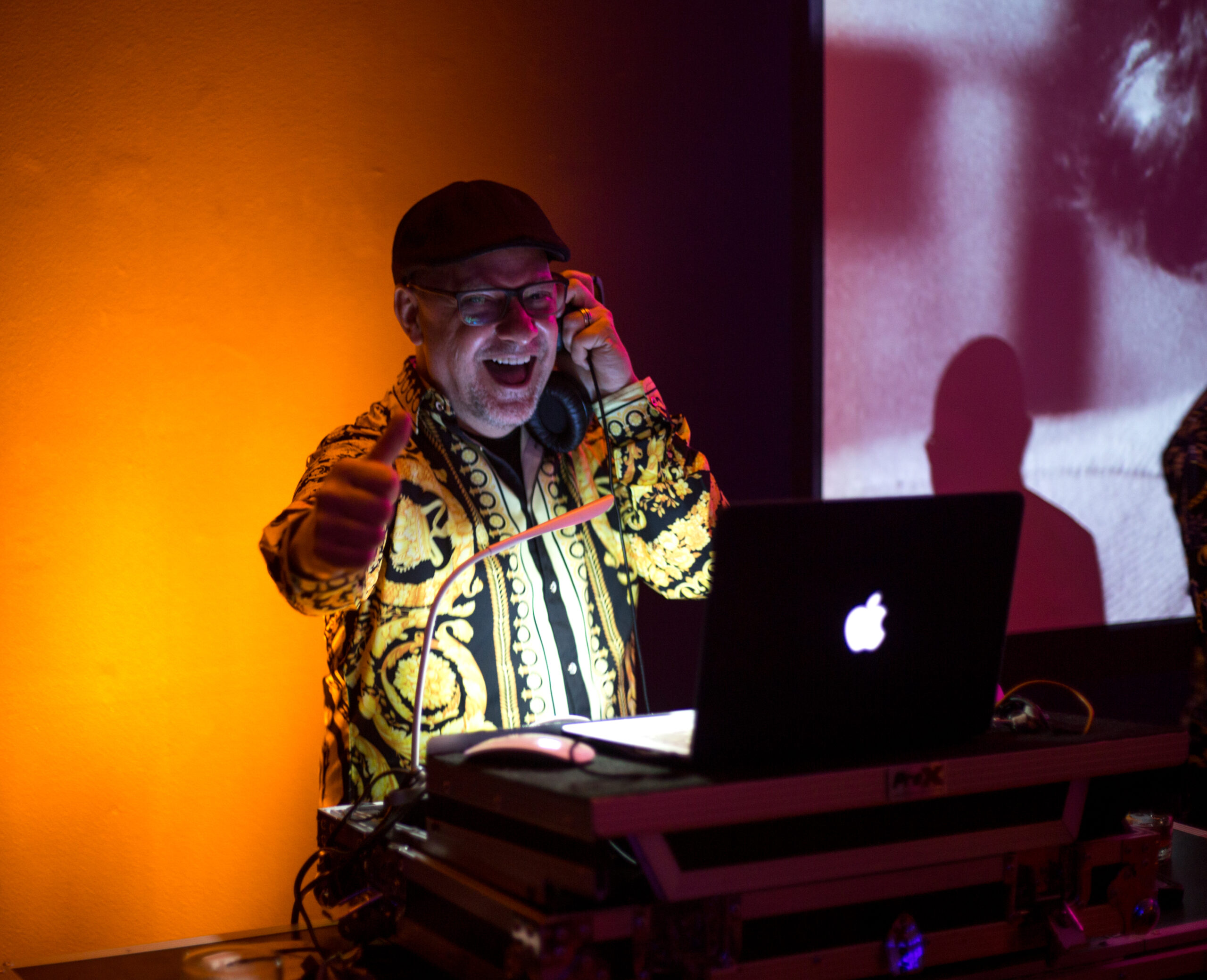 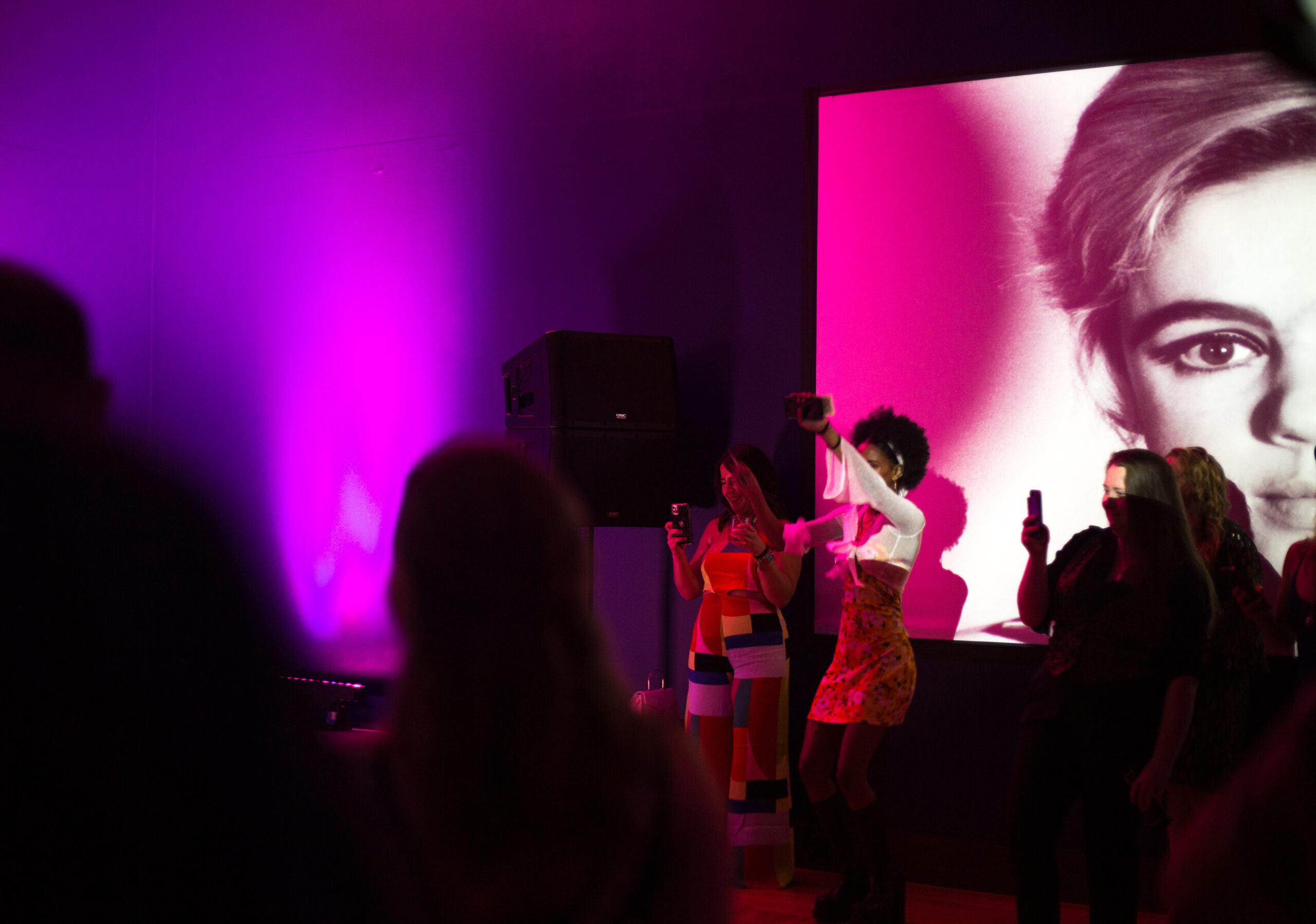 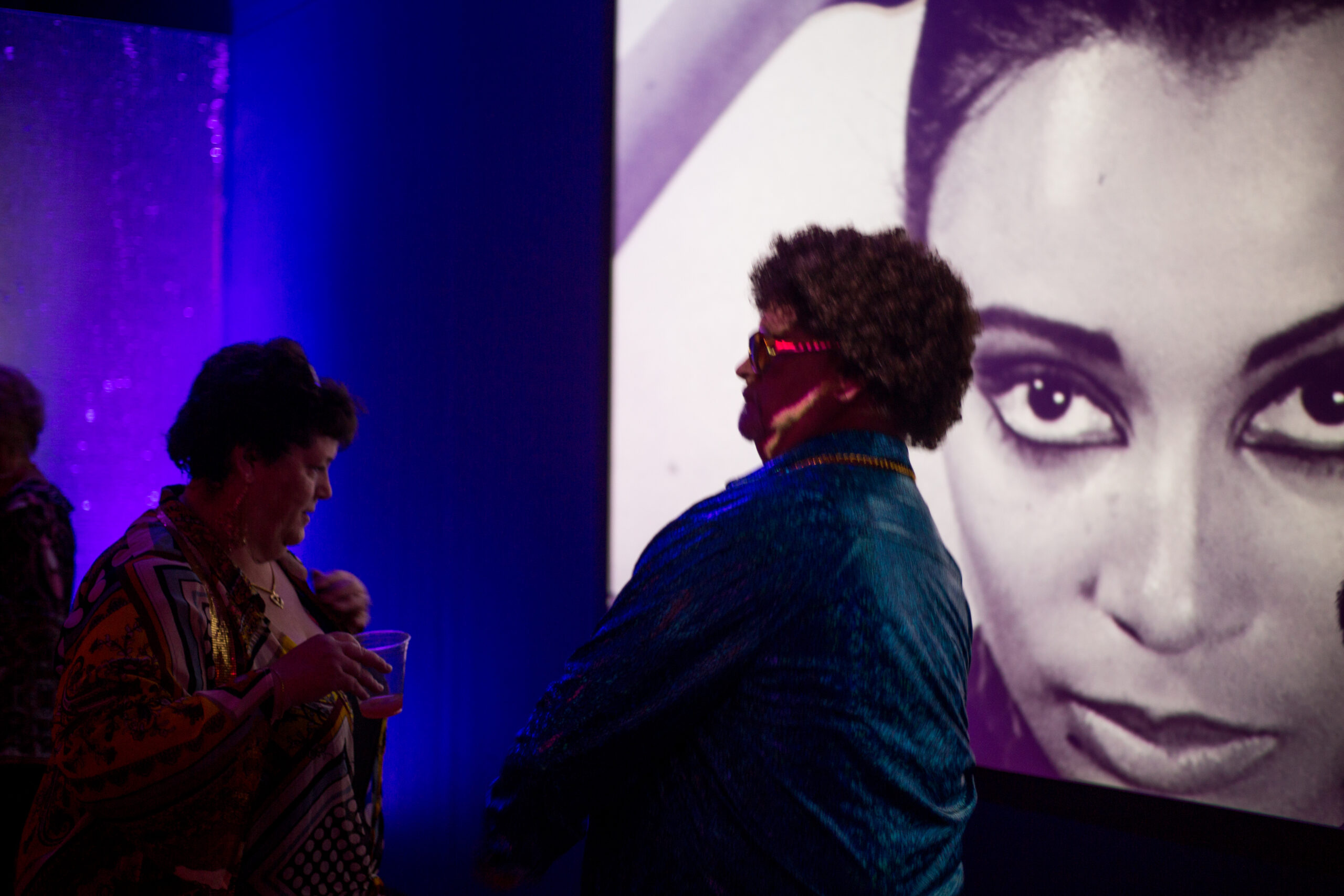 Amongst the crowd of over 170 people were some notable community leaders including Randal Neilson, Art Committee Chair of Queen City Pride who also juried the Best Dressed contest along with Chi Chi Marvel and Glam Chowda.

One of my absolute favorite offerings of the night was the opportunity for guests to create their very own Andy Warhol-inspired screen test. After making some new acquaintances at the event, we capped off the evening with one minute of raw black-and-white expression, slowed down to encapsulate an intimate remembrance of a night worth remembering. Many thanks to the Currier Museum and their team, creating safe spaces for queer celebration, creating a new way for the community to experience art and museum culture, and putting together a raucous affair. 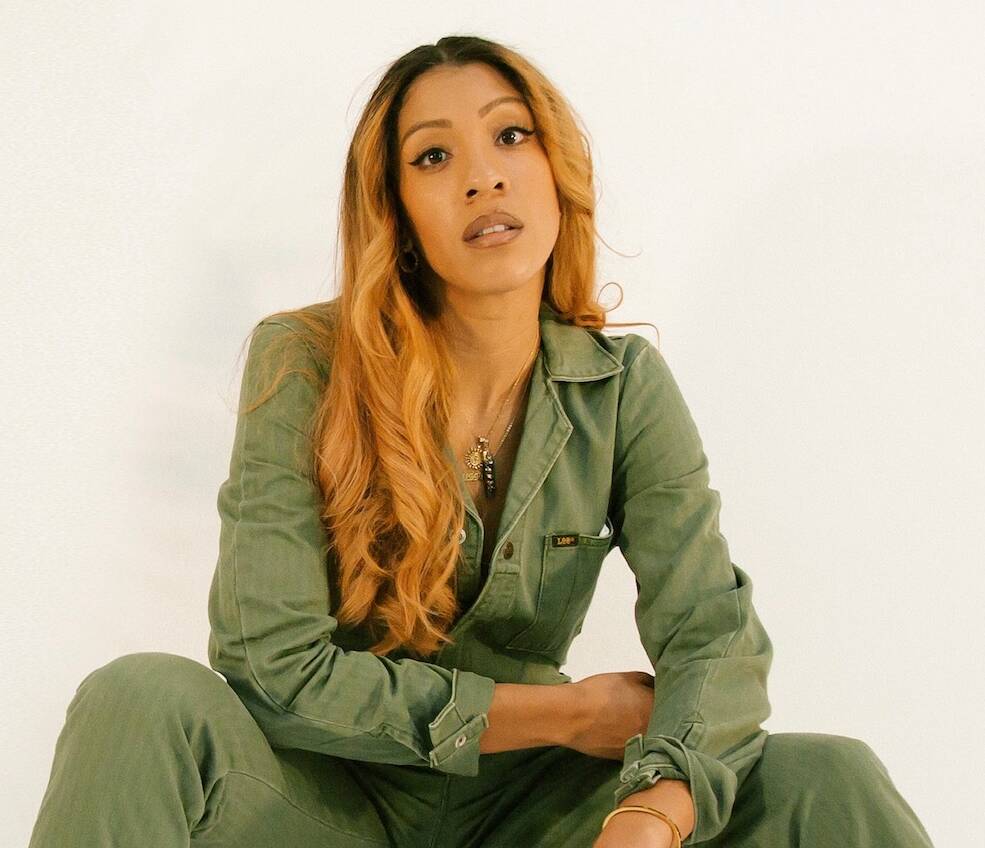 Vanessa Edwards is an expressionist artist, writer, producer, and designer recently relocated from Brooklyn, NY to hometown Manchester, NH. Vanessa thrives on intuitive insight, creating work that aligns with her passions and personal values of experimentation and creative expression.