My friend Dan—who lives in Missouri—and I are engaged in a Zoom discussion on one of our favorite topics: Rocky movies. We pride ourselves in our acumen and insight when it comes to anything related to Rocky Balboa and the bevy of films based on his character.

To my shock and surprise[1], Dan has just posted a YouTube link to James Brown’s “Living in America” performance from Rocky IV on his social media with an outrageous claim. “You need to acknowledge that ‘Living in America’ is the best music video in Rocky IV,” Dan wrote.

I sense that he’s baiting me.

“That is insanely ridiculous,” I say. “Not only is the ‘No Easy Way Out’ montage the best five minutes of that film, it enshrines Rocky and Apollo’s friendship, captures Rocky’s myriad emotions following his friend’s death and deftly replays the first three movies, using juxtaposition brilliantly. Besides, the song is a complete fire jam.”

“You couldn’t be more wrong,” Dan says, needling me.

And so on and so forth.

I know that Dan and I are far from alone in our attempt to rank and file the cinematic saga that has defined American courage, resilience and grit. So I’ve decided to put an end to all debate and compile the definitive rankings of the Rocky movies[3] so we can all move on to more important analytical questions, such as whether Neil Peart or John Bonham was a better rock drummer.

I also understand that it is both audacious and absurd to claim that I can definitively list the Rocky movies, worst to best, when the topic is subjective. But I won’t let that deter me. So allow me, please, to begin with my credentials.

Let’s start with the fact that I’m Italian. If you happen to have Italian heritage then you’re automatically more qualified than those who aren’t paisans to rank Rocky films.

Additionally, if you happen to have an Italian surname—like me—it’s even more impressive because you can start bandying around the moniker The Italian Stallion and use at your own.

Of course, the same broad generalizations could be applied to The Godfather movies, but now you’re stereotyping Italians as mobsters and criminals.

Additionally, I estimate that my obsession with watching Rocky movies as an adolescent prolonged my virginity by, at least, two years. While most guys were learning how to communicate with romantic partners, my dumb-ass was trying to do one-arm push-ups; therefore, I suffered and sacrificed for these films, a true ascetic.

So without further ado, here are the definitive rankings of Rocky movies[4]. 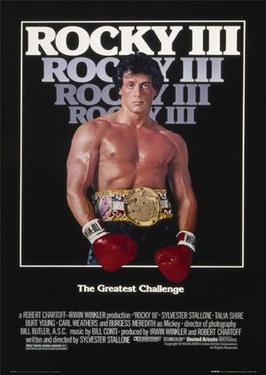 Listen, there’s a lot to like about this film. Can we at least agree that Hulk Hogan was screwed out the “Best Supporting Actor” award in 1982 for his role as Thunder Lips, The Ultimate Male. He was brilliant as…well, himself[5].

And Adrian’s motivational speech on the beach is, verbatim, what I’ve been waiting for my wife to say to me for almost twenty years.

There’s also a case to be made that the second fight against Clubber Lang is Rocky’s most dominant. He slims down then tunes up Mr. T in the first round, toys with him in the second, and puts the son of a bitch to bed in the third round to regain his title.

Rocky’s training for the first fight with Clubber was absolute garbage. He’s hiring a house band, kissing platinum blond super-fans—with Adrian watching, no less—and training with the nonchalance of my daughter making a Tik-Tok video.

Then, for half of his training with Apollo, Rocky is wrestling with mental issues before Adrian, as aforementioned, sets him straight. I get being afraid. I’m afraid of everything—seaweed, spiders, sharks, death. But I don’t watch Rocky movies to see shades of myself.

That just bums me out.

There’s also the plausibility problem with Rocky gaining approximately 45 IQ points between his last fight with Apollo and the beginning of Rocky III. But I’ll let that one slide. 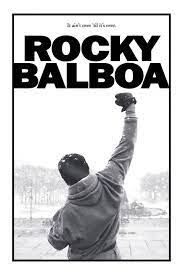 This movie has a schizophrenic feel to it.

For the first hour of the film—despite the shameless olive branches extended to diehards by including the characters Spider Rico and Little Marie—we start to see Rocky Balboa with a little more complexity. He’s a devastated widower telling the same pathetic war stories from his fighting days to the patrons at the restaurant he runs, Adrian’s—Rocky’s wife was killed off after Talia Shire decided to step away from this one.

Meanwhile, Rocky’s son Robert, formerly Rocky Jr., is resentful of the old man’s fame and trying to create his own identity separate from his father’s name. This, however, produces one of the most iconic inspirational speeches in the canon.

Then the second half of the film descends into Banana-land, where Mason Dixon—I’m not even sure they could get away with this character’s name in these divisive days of a fully divided nation—the heavyweight champion decides to fight an exhibition bout with a 50-year-old Balboa after a computer simulation predicts that Rocky would beat him in a real fight.

The movie then devolves into a parody of itself with plausibility again tossed to the wind.

Listen, I’m 46 years old and far from a professional athlete, but if a fit 25-year-old dude decided he was going to beat my ass…

Getting old sucks, and this movie doesn’t help matters. 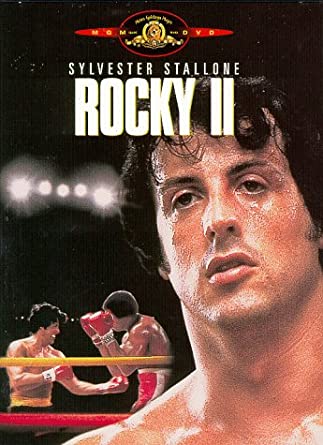 Let me get this out of the way:

If you can watch Rocky, bloody and ravaged after actualizing his dream, hoist his heavyweight champion belt in the air and cry to his wife watching at home, “Yo, Adrian, I did it!” without becoming verklempt, you might not possess a human soul.

Rocky II is solid film but a little long and frustrating. The final round and Rocky’s speech, however, is cinematic gold. 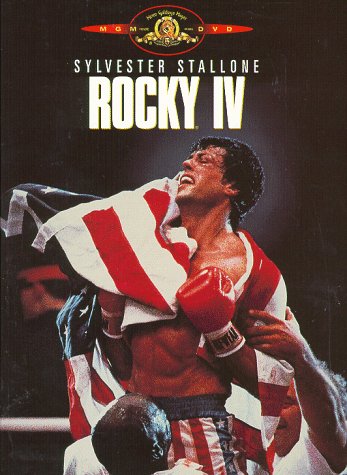 Let’s imagine the perfect formula for a film dudes will love. Here’s a brief treatment.

You would start an American hero[6]. Then throw in a cold-hearted, emotionless Commie robot that kills the hero’s best friend. Now, not only does our hero need to avenge his friend’s death, but he’s going to end the Cold War by showing said Commies what good ole’ American guts and gonads look like.

There it is, kids: Rocky IV.

I haven’t done the math, but there can’t be more than 15 minutes of dialogue in Rocky IV, and God bless it. This film is a 90-minute hot shot of Cold War propaganda that would make Fox News tingly. Make no mistake, this is a terrible story, but if I wanted a story, I’d read Faulkner.

In essence, Rocky Balboa ended The Cold War years before the collapse of the Soviet Union and the fall of the Berlin Wall, proclaiming: “If I can change, and you can change, everybody can change.” 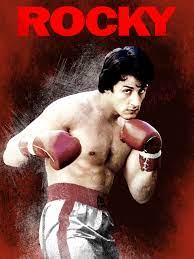 Seriously, this is a really good film.

[1] Part of the fabric that holds our friendship together is a general consensus when it comes to Rocky analysis. Very seldom do we dissent.

[2] I’m joking. While from the Missouri, Dan is one of the 12 denizens in the state not addicted to methamphetamines, and he’s one of the four fully vaccinated for COVID-19..

[3] When columnists can’t think of topics to write about, they make lists and rank things in their columns. This is another example of this.

[4] For clarification, the list does not include the Creed films, which I do believe have a place in the Rocky oeuvre, but my definition of a Rocky film necessitates that Rocky Balboa is the main character and the subsequent narrative arc primarily revolves around him. Also, the hot mess that some refer to as Rocky V, does not exist in my mind. That slow-motion car accident is now simply a meme where Mickey Goldmill, Rocky’s late-trainer, tells Rocky, who is experiencing a punch-drunk reverie, to “get up, you son of a bitch, because Mickey loves [him].”

[5] For those keeping score, the Best Supporting Actor Award in 1982 went John Gielgud for Arthur.