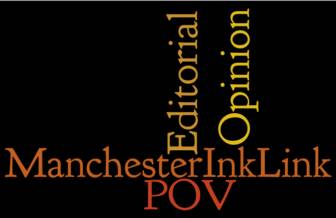 As you may have heard by now, there will be two amendments to the state Constitution on the ballot on November 6. These aren’t trivial changes to fix a misplaced comma or update some century-old wording – these are both substantial additions with potentially far-reaching impact. I’m not advocating for or against either measure, and both had generally bipartisan support, but I wanted to write about the pros and cons of each to put these two ballot questions in a little more context.

The first ballot question deals with some very nuanced interpretations about who has a right to sue the state government. It adds into an existing section some language stipulating that anyone eligible to vote would automatically have standing to sue over the government’s use of its revenues, without needing to prove they were individually harmed by the expenditure in question. There have been several cases in the last decade or so where a citizen sued the government over a program, law,process, etc. which they felt was an unconstitutional expenditure of money from the taxpayers but the court dismissed the case on the grounds that the person bringing the lawsuit had not been personally victimized by the expense. Recent examples include Duncan v. New Hampshire in 2012 dealing with state education funding with public money potentially going to private religious schools (which would violate our state constitution), and Swank v. Manchester which dealt with city Aldermen voting on contracts they allegedly had a financial conflict of interest in. This amendment would allow cases like those to proceed and provide an important mechanism for people to challenge laws or practices they believe are unconstitutional or illegal. However, as with everything there are potential complications.

This language would also open up the state government to a potential flood of frivolous lawsuits (similarly to the amendment on personal privacy, doubly so if both of them are ratified) all of which would be underwritten by the taxpayers. That’s us. It isn’t hard to imagine the next Edward & Elaine Brown deciding to hit the state with millions of dollars in litigation fees to defend itself in court over things that the rest of us might find no problem with at all. Even cases which are dismissed can still end up costing the state significant amounts of money to litigate (the amount of your money the state government already spends on litigation every year would shock you), and a number of people in the legislature expressed concern about this potential consequence even though they supported the amendment generally.

The second ballot question would add an enumerated right to privacy into our state’s “bill of rights.” This ends up being more complex than it might seem. The exact language states “An individual’s right to live free from governmental intrusion in private or personal information is natural, essential, and inherent.” This language is both at the same time overly broad, but also overly narrow.

First, the language would grant a right to privacy from government intrusion, but not from private intrusion. You’d have a right against a violation by the state government, for example, publishing your private information on the Internet (or whatever) but no protection at all against a creepy stalker doing the same or against a company selling it to marketing firms. Statutory protections against that sort of thing might come or go, as the whims of the state legislature change, but constitutionally you’d have no right to that privacy.

While the protection against governmental intrusion is important, which I’ll illustrate in a moment, some in the legislature had doubts about this specific wording and felt it might be better to try again next year and include private intrusions not just governmental ones.

The other possible complication is that under this language, it might end up opening the state government to a flood of lawsuits (at varying levels of frivolity or legitimacy) from people who don’t want the government to know how much money they make (their income being “personal information”) but still want to receive some government service which is means-tested against personal income. Or a driver challenging that the DMV has no right to know if they wear corrective lenses. A few minutes of imagination can come up with dozens of potential problems, and a number of people in the legislature felt that it should have had some carve-out for an individual to authorize the government to intrude on their personal information in limited circumstances such as those above.

There was also concern that this amendment, if ratified, might have implications during criminal investigations and it is unknown how the courts would interpret this wording in conjunction with the 4th amendment of the US Constitution in relation to the discovery process during a trial. Does the state have standing to violate your constitutional right to privacy if you are under investigation for a speeding ticket? How about under investigation for robbing a bank? There are no easy answers, and this will all be untested legal territory. Of course, this also highlights the fact that over the last couple of decades our government has become increasingly reliant on technology and computer records at all levels – and establishing an individual right to privacy over our personal information has never been more relevant. By establishing this right against intrusion into our personal information, it would make it significantly harder for the state government to data-mine the public or store databases of information about you in some electronic format which may be vulnerable to network security holes or other weaknesses.

This is to say nothing, of course, about the obvious virtue in recognizing the basic principle of personal privacy and establishing that there should be a line beyond which it’s “none of the government’s business.” I think just about everyone would agree with that principle, the main question becomes and remains how best to articulate that into constitutional language.

The principles and ideas behind both of these amendments proved widely popular in the legislature and are likely to be popular among the general voting public as well. Again, in writing this I’m not trying to stake out any particular position, but rather articulate the nuance of these ballot questions – ballot questions which are too complicated for the in-state media to cover with a 30-second sound byte. When we have an issue with statutory language, or find a shortcoming in state law, we can usually “fix it” with a simple bill in Concord and this is in-fact a very routine function of the legislature.

Unintended consequences with constitutional language are, however, significantly more problematic to correct if they aren’t realized until after ratification. Equally important is our duty to keep our constitution up-to-date with the changing times, as the new century is already presenting new challenges.

No matter how you vote on these ballot questions – please be careful.

Tim Smith is a state representative from Ward 10 in Manchester, serving his third term, and currently sits on the legislative administration committee in the New Hampshire House of Representatives. He has previously served on the state committee for the New Hampshire Democratic Party, is a member of the American Economics Association, has served for over 20 years in the Civil Air Patrol, and was the NH Young Democrats elected official of the year in 2015. Tim has lived in Manchester for 15 years, has a “day job” career in Information Technology management.