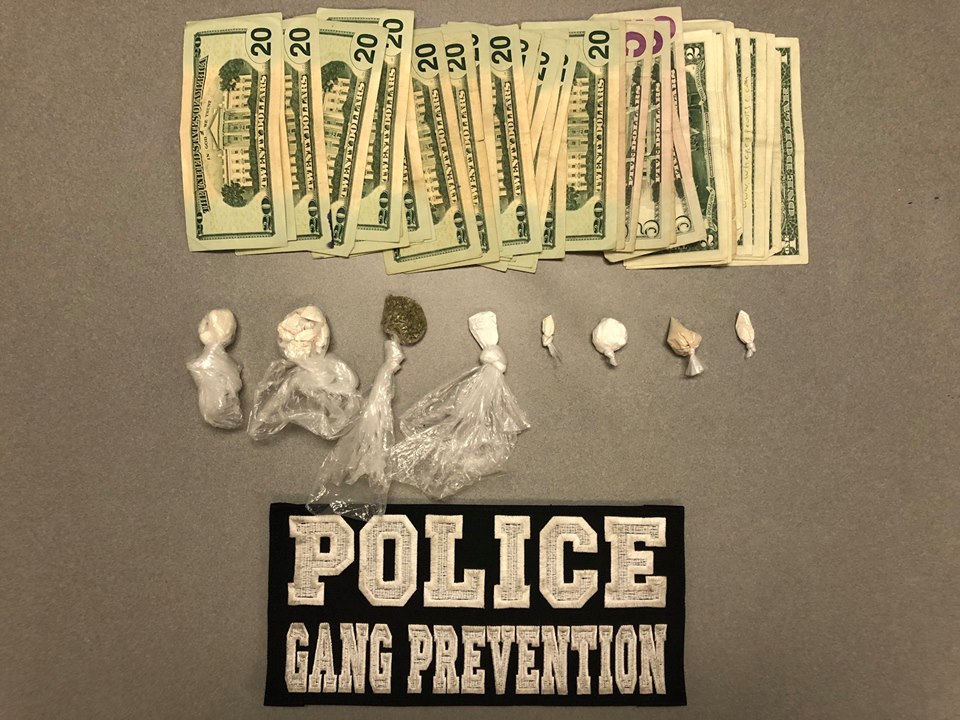 Officers Casey Seigle, Ryan Hardy and Michael McGee observed a newer model Infinity SUV circling the area of Bridge and Ash streets and on more than one occasion the operator failed to use a turn signal, so they completed a motor vehicle stop.

Officers initiated the stop on Ash Street, south of Bridge Street, and approached the vehicle. Officer McGee watched the passenger make several furtive movements while reaching into his pants. The passenger was identified as Elvis Rodriguez, 39, of Manchester. He was ultimately removed from the SUV when the officers located a small bag of heroin on the front passenger floorboard. Rodriguez struggled with the officers as he was placed into custody.

Officers also located a total of 9.7 grams of heroin, 7.8 gams crack-cocaine, 1.8 grams of cocaine, 2.1 grams of marijuana and $550 in cash during a search incident to arrest (see above photo). The drugs were stuffed in the front of his pants, which is the same area he was reaching for prior to his arrest.

The driver of the vehicle, Steven Torres, 37, of Haverhill, Mass., was placed into custody without incident and charged with transporting drugs.