MANCHESTER, NH – Recognizing that there was a local need to help people on the edge, Mary and Craig Chevalier started 1269 Café eight years ago, a faith-based community outreach center for the homeless. 1269 offers daily meals, showers, clothing, toiletries, and Sunday services.

“I kind of run around and do everything, watcher, bookkeeper, announcement lady, my husband calls me the voice because I’m loud.”

The couple was always heavily involved with their church. When a pastor from Derry created an experiment in which he went homeless for a week and shared his experiences with the Chevaliers, Mary and Craig realized the severity of homelessness in the Granite State and decided to take a step further toward helping those in need.

“We went out to see what it’s like on the street and it wasn’t anything we really had any exposure to, and we met some really cool people and so we thought we’d like to continue relationships with these people,” said Mary.

1269 began in a tiny storefront on Elm Street, and at the time was being rented out by two other ministries, “and things just snowballed,” said Mary.

As the need grew bigger, and more donations and volunteers were required, 1269 moved from Elm Street to Chestnut Street, and is planning a grand opening on October 10th. However, Craig says 1269 cafe was not always welcome on Chestnut Street.

“Within three days, we were threatened to be evicted,” said Craig, “It was a real struggle for the past year and a half which is why we’re ready now, because that’s all behind us.”

Craig said that they would discuss what exactly happened just once, during the open house event, and then never again.

The couple is also going to use the grand opening to inform the public about what changes are going to occur as the colder weather approaches; what services they are able to provide will depend on their ability to attract volunteers.

“There are five specific areas in which we are seeking volunteer support.  We’ll be sharing those with the public at the open house,” said Craig.

For Debby “Texas” Eckland, 1269 means survival for another day.

Eckland, 57, is from Texas and has been homeless since January 7th. A marriage moved her from Texas to New Hampshire. When she was divorced, she decided to rent out the spare rooms in her home to make ends meet.

“I thought well I’ll help somebody in need, and so the people I chose were not good people,” Eckland said.  She began a relationship with a man who had been renting a room, who in turn, “took everything” she owned.

“I had never been in Manchester before in my life. He had family here, and a home, and he just left me here. No money,” Eckland said, “a million dollar life to this.”

She says she suffers from a disease called Chronic Inflammatory Response Syndrome (CIRS), a multi-symptom illness that occurs when someone is born without the gene that fights mold toxins. Symptoms include fatigue, headache, joint pain, and shortness of breath. Eckland says she sometimes gets sick to the point where she “cannot move.”

Eckland is just one of the 150 people who receive lunch from 1269 Monday through Friday. The meals served are made at the New Hampshire Food Bank  by a program called Recipe for Success.

Jayson McCarter, Chef Trainer at New Hampshire Food Bank, began the Recipe for Success program nearly 10 years ago. The culinary job-training program is for individuals recovering from drug addiction and gives them the skills that would increase their eligibility for better jobs. The program also accommodates individuals with minor learning disabilities.

According to the New Hampshire Food Bank website, the mission of the program is to “reach outside food distribution and aim to fight the root causes of hunger by empowering people to learn new skills, enabling them to become more self-sufficient and improve their quality of life.”

McCarter believes that when people have higher training, there is more opportunity for them when they leave the program, and has seen the success of his past students, who have gone on to work for some of New Hampshire’s most acclaimed restaurants.

“We’ve got some real rockstars out there,” says McCarter.

While donations tend to increase in the fall for the NH Food Bank, Liponis wants people to understand that the need for food is constant.

“We’ve seen an increase in demand month over month,” said Liponis. “For the winter months we do try to concentrate on the holidays, so if folks want a turkey they can have one. Outside of that we are always continually trying to stay as stocked as possible.”

New Horizons for New Hampshire, Queen City’s primary adult homeless shelter,  is one of the 57 agencies that receives donations from the Food Bank, and has their own agenda to prepare the shelter for the winter ahead

“We will strengthen contacts with churches, schools, for donations, clothing and food,” said Program Director, Kevin Kintner, “we try as much as we can to bring in people.”

In order to keep up with the anticipated influx of people, Kintner said the New Horizons staff will freshen up on trainings, extend open hours, and prepare Case Managers for the increased workload.

However, even with inclement weather conditions approaching, Kintner says that the average night’s stay has decreased over time, due to expanded services in the area.  The Healthcare for Homeless Team (a program of Catholic Medical Center) and Greater Manchester Mental Health Center work with New Horizons to make it easier for people who are homeless to receive medical treatment, by having doctors available on-site almost everyday.

Even when the shelter reaches capacity, New Horizons will do everything they can for people who come to the door.

“We will make arrangements for them somewhere else to the best of our ability,” said Kintner.

While these organizations are making huge strides in the effort to end homelessness, it’s crucial to keep in mind that the 1269 Cafe and the NH Food Bank rely solely on the kindness of strangers for their donations.

“I joke that I paid to get this job, I don’t get paid,” said Mary, “I help kick money into this ministry, so we say yes to most people. You wanna have Bible study come, you wanna help serve lunch, great.”

In additions to donations, Mary and Craig ask the public to change their perspective toward people who are homeless.

“They put us in a box,” said Eckland, “if you’re homeless, you do drugs, you drink, you’re worthless, and you don’t want anything else in life.”

“People think that they get themselves into these types of places, you just don’t have to have more than two or three conversations with these people to understand that’s absolutely not true,” said Craig.  “There are so many relational things that just get broken over time. And it takes time to fix them, so we kinda act like aids in that process.”

Mary and Craig see 1269 as a way to break down boundaries and create a judgement free environment for anyone who walks through the door. The “living-room” atmosphere gives a feeling of normalcy for people in unimaginable circumstances.

“I’ve seen more than I’ve ever wanted to see in my lifetime out here. The drugs are rampant, I don’t drink, I don’t do drugs, but I see why people do,” said Eckland, “you just get to a point where you’re hopeless. I’ll go to Elm street, and I’ll go to a restaurant or bar and I’ll sit, just because it feels normal.”

Although Christianity is significant in the lifestyle of Mary and Craig, 1269 Cafe does not turn away anyone for their religious beliefs or non-beliefs. Mary says that 1269 is considered a Christian Outreach Ministry, but they do not “beat people over the head with the Bible.”

“We like to say that we’re the hands and feet of Jesus,” said Mary, “For people who are not of any faith, that’s always our first goal is to have someone come in here and just feel comfortable and loved.”

This refreshing attitude has changed how Eckland thinks about home.

“It’s certainly not what I used to think it was. Home is not about a building,” said Eckland, “to me, it’s love. I know now that’s the most important thing above anything else.”

If you would like to donate to the New Hampshire Food Bank or any of its 57 partner agencies in Manchester, visit www.nhfoodbank.org. 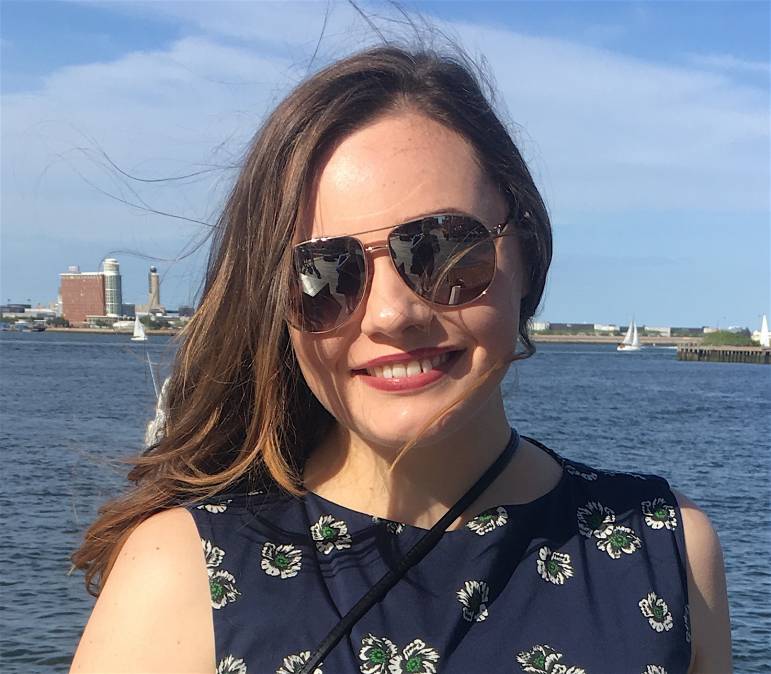 Katie Dugan is a reporter for Manchester Ink Link and covers a broad range of issues throughout the Queen City. She holds a Bachelor of Science Degree in Journalism from Suffolk University in Boston. At Suffolk, she served as the Assistant Opinion Editor for The Suffolk Journal and hosted an online radio talk show at Suffolk Free Radio.  Katie is native of Hooksett and graduated from Central High School in Manchester. In her spare time, she enjoys hiking, spinning, and trying out new vegan recipes. You can reach Katie at dugankatie17@gmail.com.