MANCHESTER, NH – In accepting the annual First Amendment Award Wednesday night on behalf of their son, slain journalist James Foley, John and Diane Foley talked about why they’ve established a legacy fund in his memory – to find a better way for families of American citizens who are captured abroad to communicate with other governments.

“Ultimately I think we as a foundation want to stimulate a discussion about how do we treat/deal with American citizens captured in foreign lands. These  men and women are wonderful people, as you all know. They deserve our utmost support in bringing them home,” John Foley said.

One of the big issues is negotiation – or lack thereof, said John Foley.

The Foleys were threatened with prosecution by the U.S. State Department if they engaged with the Syrian government or tried to pay a ransom for their son’s release, he said. “Can we in good faith negotiate to bring our citizens home? … Everyone negotiates. It’s not a bad word – Mr. Trump negotiates all the time,” John Foley said.

“We have a lot of work to do… There are so many wonderful people doing work who are committed to freedom of speech and who are committed to helping others less fortunate, committed to improving the world for young people, both in terms of getting their education, or providing coats, shoes…,” John Foley said, describing the people of Syria who “have nothing” compared to the rest of the world.

The Foleys said they have traveled all around the country on their son’s behalf, but it was “extra special” and humbling to be able to receive this posthumous honor for their son “at home.”

Guest speaker Donald Trump donated $25,000 to the James W. Foley Legacy Fund “because I wanted to get it started with something meaningful.”

Trump took the stage to talk about business and politics, but his focused remarks during the presentation for Foley were most eloquent:

“As we all know, James was taken captive and held for more than 40 days where he kept the spirits all around him very, very high –  he was a leader in a true sense. He was more than a journalist, he was a leader. He made it through that ordeal and made it home to his family in New Hampshire, which is where most of us would have stayed, in safety. I must say, I would have stayed. I don’t have that kind of courage. I have financial courage, but I don’t have that kind of courage. But he couldn’t do it. He couldn’t stay. He felt he had a calling and went back, to tremendous difficulties, and this time to a more dangerous area, Syria. And he told beautiful stories of everyday people, and he told them up until the day he was again taken captive. If America can produce brave and noble individuals like James Foley, then we can and will prevail as the prime example in the world. There’s nothing that can stop us.”

The annual fundraising event hosted by the New Hampshire Union Leader for the Nackey Loeb School of Communications each year honors New Hampshire organizations or individuals who protect or exemplify the liberties granted in the First Amendment. 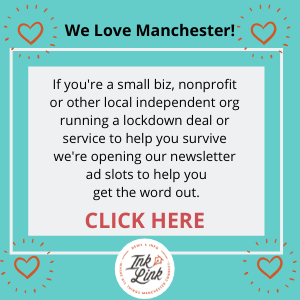