You can probably imagine my dismay when I strolled to the freezer the other evening and stuck my hand in the white plastic ice bucket and found nothing but a thin veneer of frost.

Fool that I am, my next move was to the blue plastic ice trays that also sit in the freezer, and as you’ve probably guessed by now, yes, those blue plastic trays were empty as well, as devoid of substance as the old ”Manchester” magazine.

The way I saw it, I had four options.

* I could enjoy a room temperature Grey Goose orange martini,

* I could refill the ice cube trays by hand (yeah, that might happen),

* I could buy one of those new-fangled refrigerators with the doohickey that automatically refills the ice trays, or,

* I could write a column about harvesting ice from Lake Massabesic.

In the end, I chose option number four. Then, purely in the interest of research mind you, I went to The Puritan Backroom and ordered a frozen mudslide so I could ponder the wonders of hydrogen, oxygen and sub-zero temperatures.

As one who spends a great deal of his professional life on extremely thin ice, I find the whole prospect of ”ice harvesting” to be quite intriguing, mostly because I need a winter topic. Think about it. In colonial days, grown men – accompanied by equally grown horses – would stroll out onto the frozen surface of lakes and ponds and commence to carve up the very surface that kept them out of water that was the same approximate temperature as liquid nitrogen.

While this may sound like the kind of career opportunity that would be explored mostly by village idiot-types, such was not necessarily the case. George Washington was an ice harvester. So was Thomas Jefferson.

Then again, most colonial men were only too willing to brave the elements and cut colonial ice, because the alternative was to stay indoors and eat revolting colonial meals – like succotash – which made ice cutting seem like a real treat.

I guess it’s one of life’s little ironies that the true ice harvesting craftsmen were barely able to eke out a meager living in this treacherous trade, while the bozos – the guys with the slippery soles who kept falling in the water – became quite wealthy when they accidentally discovered the science of cryogenics.

Meanwhile, at the risk of ruining my reputation and providing actual facts, here’s how ice harvesting was done. I’ll even put the facts in italics so you won’t be confused.

When the ice became 12 inches thick, a broad canal was cleared near the entrance to an ”ice house” on the shore. The designated ”ice field” was then marked off with saws in checkerboard fashion.

When it was time to move the ice, large chunks were cut away and men with long-handled picks would walk along the edge and move the ice floes up the canal toward the ice house.

These floes would be broken into 20-inch by 40-inch slabs that weighed about 300 pounds each. They were then steered onto a conveyor belt that carried them into the insulated ice house where men called ”wingers” packed them in sawdust and stored them for use during warm weather.

There. I certainly think we’ve had enough facts for one day, but a few more may slip in inadvertently, because ice harvesting ultimately became a worldwide business in these parts. No kidding. Perhaps the only tangible benefit of our proximity to the Arctic Circle is that Manchester produced more ice than Rocky and Bullwinkle’s hometown of Frostbite Falls.

Of course, that was back when we had real winters, like in the 1870s, when the Tudor Ice Company from Boston started buying tons and tons of ice from Lake Massabesic for export. Some of it wound up in the Caribbean, but most of it was shipped to India to keep the rajah’s curry cool.

Tudor’s heavily insulated clipper ships would speed from Boston to Bombay in about 150 days, losing about a third of their cargo to the heat during the voyage. Of course, the same amount was lost in the time it took to unload the ships in the withering heat of the Indian subcontinent, but the Indian government was still thrilled with the arrangement, which may help explain why India is the economic power it is today.

In those days, as many as 150 people from Manchester were employed in the ice trade, which became more and more competitive with each passing decade. Gideon Flanders had an ice business on Pearl Street; A.D. Maxwell harvested Maxwell’s Pond for his Amoskeag Ice Co.; Bodwell and Jones took their ice from Nutt’s Pond and Manchester Coal & Ice came on the scene in 1896.

There are old-timers who swear this town hit the skids the day Manchester Coal & Ice changed its name to Manchester Coal & Oil, but that was just a begrudging concession to the times, since the company foreman, Charles H. Webster, thought natural ice would always be in demand.

”As long as people like cocktails,” he asserted in 1952, ”there will be a market for natural ice. The natural ice has bubbles the artificial ice doesn’t have, and hotel men tell me their customers prefer natural ice because these bubbles make a cocktail more interesting.”

Kind of makes you wish you knew Mr. Webster, huh? ”If a customer has to wait for his meal to be served,” he added, ”he’ll complain more quickly when there is artificial ice in his cocktail. On the other hand, if natural ice is used, the customer sits stirring the ice in his drink, contemplating the bubbles which pop to the surface.”

Well, maybe if it was my fifth drink, but hey, I don’t want to quibble with Mr. Webster. I can’t figure out why the ice harvesting business went south either. I mean, look at the accompanying photograph. What a career!

Forget about the money. Forget about the fresh air. Check out the stylish wardrobe. The headgear was guaranteed to lower your IQ at least 50 points, but still, every Eisenhower-era, ice-cutting stud-muffin knew those green rubber boots were big-time babe magnets, especially when they were equipped with mini-cleats known as ”ice creepers.”

In fact, those boots were so cool, a guy named Eldridge Cleaver even referred to them in the title of an exciting book about the ice harvesting business. Maybe you’ve heard of it – ”Sole On Ice.” 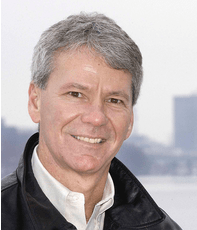